At its 23‑24 April meeting, the NEA Steering Committee for Nuclear Energy reviewed the main aspects of the Agency's programme of work and co-operative activities. One of the highlights was the agreement for the NEA to provide the technical secretariat services for the International Framework for Nuclear Energy Cooperation (IFNEC). IFNEC is a forum for co‑operation among participating states to explore mutually beneficial approaches to ensure that the development of nuclear energy for peaceful purposes proceeds in a manner that is efficient and meets the highest standards of safety, security and non‑proliferation. The NEA is already providing technical secretariat services to the Generation IV International Forum (GIF) and the Multinational Design Evaluation Programme (MDEP).

Health effects of low‑dose radiation was the topic of the Steering Committee policy debate on 24 April 2015. Particularly since the Fukushima accident, there has been significant public and government interest concerning the radiological risks of low‑dose radiation. To address this, the NEA invited some of the world's top experts to the Steering Committee meeting to present the state of the art in radiological epidemiology studies (statistical studies of exposed and non-exposed groups to compare health statuses, e.g. the number of cancer cases, and thus to gauge risk), and radiation biology studies (studies of cellular, tissue and organism effects of exposure to ionizing radiation). In addition, a presentation on the international framework for radiological protection, as recommended by the International Commission on Radiological Protection, described the framework in the context of its practical application. Finally, an industry representative provided an overview of the operational view of radiological protection issues. Discussions indicated that, while scientific uncertainty remains, there are small but statistically significant and biologically visible risks at doses of 50 to 100 mSv. The safety of workers and the public remains the first priority of industry and regulators, recognising that public concerns drive protection to be rather conservative in nature. Research continues in many venues to attempt to refine our understanding of the effect of low doses of ionizing radiation. 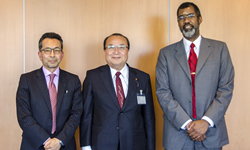 On 5 May 2015, Mr Mamoru Fukuyama, Parliamentary Vice‑Minister of the Cabinet Office and of the Environment, Japan, and representatives from Japan's Cabinet Office met with NEA Director‑General Mr William D. Magwood, IV and staff to discuss nuclear safety issues. Mr Magwood presented the Agency's activities in follow‑up to the Fukushima Daiichi nuclear power plant accident. NEA Acting Deputy Director‑General and Chief Nuclear Officer, Mr Kazuo Shimomura, provided further details on NEA activities in the emergency and recovery management areas, as well as on lessons learnt from the Fukushima Daiichi nuclear power plant accident, before participants exchanged views on international efforts to strengthen nuclear regulation, safety, research and radiological protection in the post‑Fukushima context. In this respect, Mr Fukuyama announced that Japan will participate in the NEA's forthcoming International Nuclear Emergency Exercise (INEX‑5), which the NEA welcomed. Mr Magwood noted that the international nuclear community had a responsibility to the people of Fukushima to learn from the events of 11 March 2011 and to support Japan's efforts to clean up the Fukushima Daiichi site. 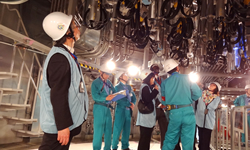 From 10 to 16 April 2015, NEA Director‑General Mr William D. Magwood, IV was in Japan for a series of meetings and speaking engagements. On 13 April, he delivered a keynote address on the opening day of the 48th Japan Atomic Industrial Forum (JAIF) Annual Conference. During his speech, he discussed three key steps for moving beyond the Fukushima Daiichi nuclear power plant accident and announced the forthcoming NEA Nuclear Innovation 2050 roadmap. Mr Magwood also gave a lecture to students at the University of Tokyo on 14 April about the future contributions of nuclear energy, inspiring young engineers to work in nuclear research and innovation to ensure a safe and secure future for nuclear energy. There were additional meetings with the Ministry of Economy, Trade and Industry (METI) and the Ministry of Education, Culture, Sports, Science and Technology (MEXT), as well as a visit to the Shimane nuclear power plant.

Common‑cause failure (CCF) events can significantly affect the availability of nuclear power plant safety systems. The NEA International Common‑cause Failure Data Exchange (ICDE) Project encourages multilateral co‑operation in the collection and analysis of data relating to CCF events. The ICDE Project covers the key components of the main safety systems, such as centrifugal pumps, check valves switchgear and breakers. During its recent meeting on 21‑23 April 2015, the ICDE Steering Group held a workshop on "Multi‑unit events" during which five working groups analysed and discussed each of their seven common‑cause failure events. The workshop was followed by a roundtable discussion on the feedback from the working groups and to establish recommendations for further use and improvement of the ICDE data.

The NEA Working Group on Analysis and Management of Accidents (WGAMA) has launched a new task group to carry out a novel investigation of uncertainty quantification of computational fluid dynamics (CFD) modelling. On 23 April 2015, the task group held its first meeting. The task group will work on evaluating the capabilities of CFD tools to predict a simple problem of turbulent‑mixing processes of two water‑based fluids with different densities that are highly relevant to nuclear safety in relation to phenomena such as thermal fatigue and boron dilution. Uncertainty‑quantification methods (UQMs) were identified in a previous exercise and now the new task group will use a variety of CFD codes with a chosen UQM to perform open calculations, i.e. where experimental data are provided. These calculations will be followed by a blind analysis in different test conditions. 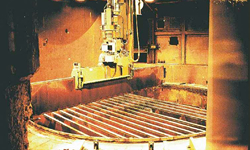 The NEA Radioactive Waste Management Committee (RWMC) and its Regulators' Forum held their biannual meetings on 13‑15 April 2015. Key themes were the practicalities of the dialogue between regulators and implementers and the graded approach in the practice and regulation of radioactive waste management. A special session was dedicated to commemorate the RWMC's 40th anniversary covering four time periods in its history: 1975‑1985, when the Committee ended sub-seabed disposal operations and established its role in geological disposal; 1985‑1995, the years of laying the scientific foundations for geological disposal; 1995‑2005, opening new perspectives, for example in decommissioning and stakeholder involvement; and 2005‑2015, moving towards industrialisation. The next step will be to produce an RWMC strategic document to cover the 2017‑2022 period. The Committee also discussed two important future events: an international workshop to be held in Helsinki, Finland on 8‑9 September 2015 on challenges for the regulator as regards the construction, licensing and operation of waste repositories, and the International Conference on Geological Repositories to be held in Paris on 7‑8 December 2016.

The NEA Committee on Radiation Protection and Public Health held its biannual meeting on 15‑17 April 2015. The meeting began with a half‑day joint topical session, organised with the Radioactive Waste Management Committee, addressing safety issues in underground waste disposal installations. The session concluded that operational protection approaches need to be flexible and balanced in addressing radiological and mining risks in a holistic fashion. The CRPPH meeting resulted in agreements to move forward with the INEX‑5 nuclear emergency exercise plans and to publish, after final committee comments, reports on post‑accident trade in food and on state‑of‑the‑art radiological protection science. The Committee also agreed to develop a new comprehensive strategy to align with the forthcoming NEA Strategic Plan being developed for the period 2017‑2022.

The NEA participated in the World Nuclear Association (WNA) New Build Licensing Conference, which took place in Prague, Czech Republic on 20‑21 April 2015 and focused on multinational co-operation in the licensing of nuclear power plants. The NEA Office of Legal Counsel gave two presentations in the conference session entitled "Overall design of licensing processes (legal issues)", which mainly reflected on the licensing risk in the contractual arrangements for nuclear new build projects. The first presentation included an overview of the NEA's perspective on international safety and licensing matters. The second described the role of administrative hearings and appeals in the licensing process. 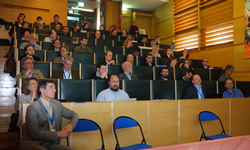 Organised biannually within the framework of the Joint Evaluated Fission and Fusion File (JEFF) Project since 2010, NEA Nuclear Data Week aims at fostering ties among various nuclear data expert communities in order to address the needs and challenges of nuclear systems more effectively and with sufficient anticipation. For the Spring 2015 edition of NEA Nuclear Data Week, the JEFF and the European Commission's CHANDA (Solving Challenges in Nuclear Data for the Safety of European Nuclear Facilities) projects collaborated to host joint meetings at the historical location of the Institut Curie in Paris with the objective to promote co‑operation among experimentalists, evaluators and end‑users of nuclear data involved in both projects. The main highlight of the event was the Joint JEFF/CHANDA Workshop on Nuclear Data Measurements, followed by biannual meetings of the JEFF Project and its working groups. The event was attended by over 80 nuclear data experts.