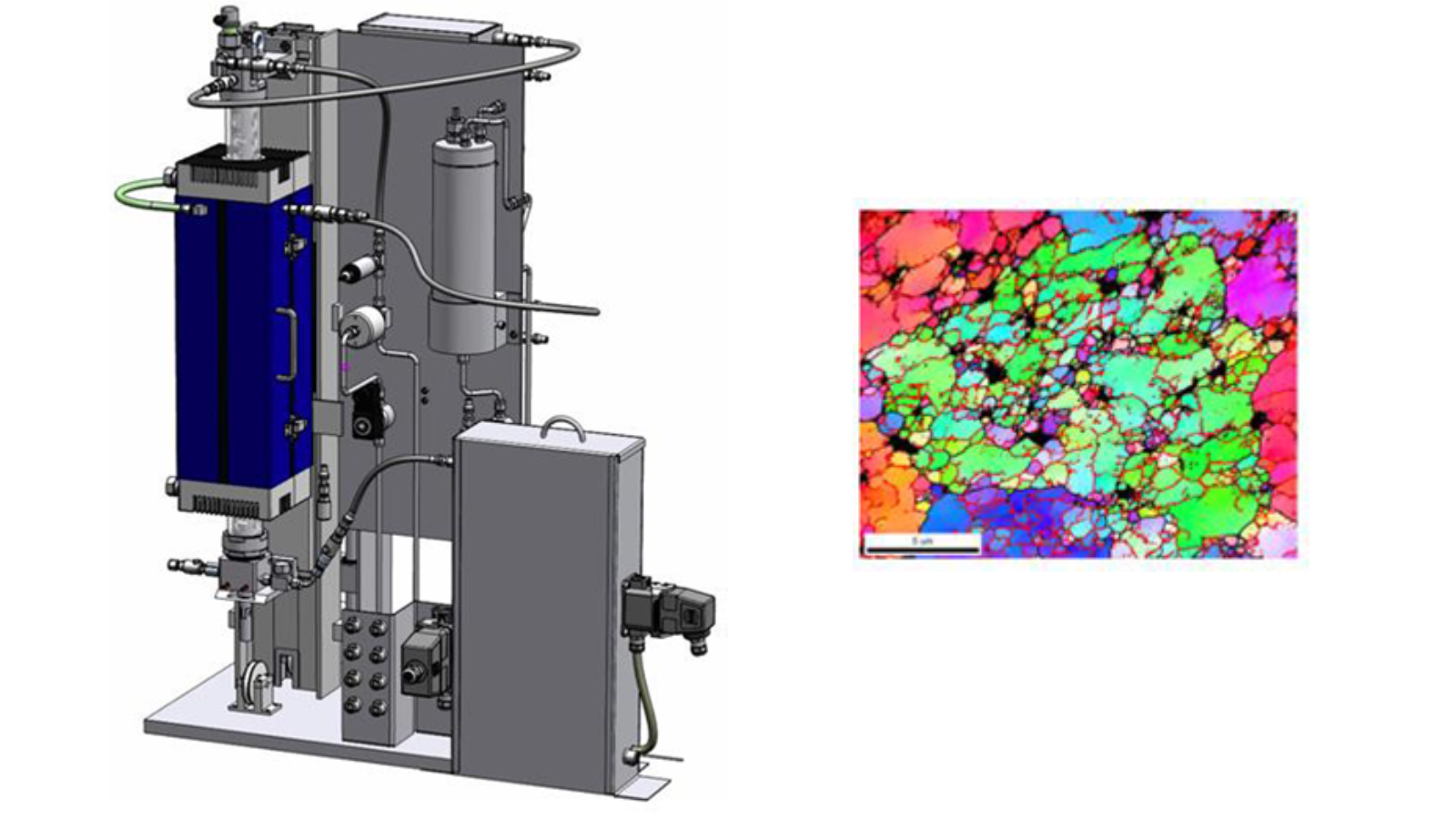 The Studsvik Cladding Integrity (SCIP) project investigates nuclear fuel behaviour and cladding failure that may arise during operation and Loss of Coolant Accident (LOCA) transients. More recently, investigations of fuel behaviour in storage after operation have been added to the project scope (in the fourth phase).

For the SCIP project, Studsvik Nuclear AB (Sweden) conducts advanced out-of-pile experiments on irradiated nuclear fuels and claddings in its laboratories. Most of the test rigs have been customised to simulate for example nuclear fuel accidents and storage conditions which, together with advanced microscopy and other characterisation technologies, provide the participating organisations from industry, regulation and research with important reference data for modelling fuel and clad behaviour.

Over the years, the SCIP project has fostered international co-operation and continues to establish a common understanding on key nuclear fuel safety issues between regulatory bodies, utilities, vendors and research organisations with an increasing membership.

At the end of the first SCIP phase, it was clear that fuel damage studies remained of high interest for reactor performance and safety. At the same time many fuel manufacturers were developing new advanced pellets, aiming to reduce the failure risk, which contributed to the high interest in these questions and a new SCIP phase on fuel failure mechanisms could be successfully launched with an increased number of members.

Data and reports from SCIP phase one may be obtained upon request at https://www.oecd-nea.org/tools/abstract/detail/csni2019.

A second phase (SCIP-2) of the project started in July 2009 and was completed in June 2014. It was built on the considerable knowledge generated in the previous SCIP programme phase. The goal of the second phase was to continue generating high quality experimental data to improve the understanding of the dominant failure mechanisms for water reactor fuels and to devise means for reducing fuel failures. The major focus had been on cladding failures that are caused by pellet-cladding mechanical interaction, especially stress corrosion and hydrogen-assisted fracture mechanisms, as well as on the propagation of cladding cracks.

In parallel with SCIP phase 2, Studsvik, on behalf of the U.S. Nuclear Regulatory Commission, carried out a LOCA test series and shared the results with SCIP members. The NRC LOCA test programme at Studsvik had the objective of investigating the strength and ductility of High Burn-up (HBU) rods after ballooning, rupture, oxidation and quench. The fine fuel fragmentation and dispersal observed in the first four Studsvik tests was unexpected (M. Flanagan, P. Askeljung and A. Puranen, “Post-Test Examination Results from Integral, High-Burnup, Fuelled LOCA Tests at Studsvik Nuclear Laboratory”, NUREG-2160, August 2013, Report on Fuel Fragmentation, Relocation and Dispersal (FFRD)) and it brought the subject to the fore when a new phase of the project was under discussion and the focus of the project moved to LOCA.

The scope and objectives of the phase 3 of the project were established following extensive discussions within the SCIP community, including a dedicated workshop in June 2013.

Based on the outcome of the 2013 workshop and the needs and interests of the SCIP community, the third phase (SCIP-3) of the project was devoted to:

The fourth phase, SCIP-4, which is in progress since 2019, aims to extend the experimental and modeling work related to Pellet Clad Interaction (PCI) and to LOCA issues and to investigate fuel and cladding performance related to interim storage. For PCI, microstructural characterisations and modeling activities are conducted. For LOCA, investigations of fission gas release in transients and of fuel fragmentation, relocation and dispersal, including microstructural characterisations of fuel fragmentation are performed. Spent fuel pool LOCA studies are also conducted. For back-end studies, creep and hydride reorientation phenomena are investigated. Spent fuel rod transport and handling accident studies are also conducted.