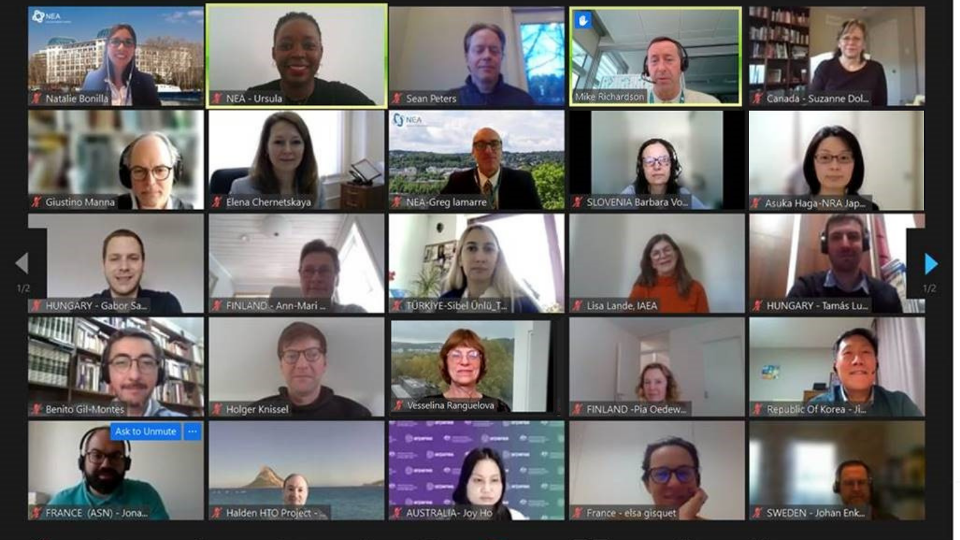 Since its establishment in 1999, the Committee on the Safety of Nuclear Installations’ (CSNI) Working Group on Human and Organisational Factors (WGHOF)  has sought to improve human and organisational performance, considering the way in which human and organisational factors (HOF) impact nuclear safety. With a view to advancing its work, the Group held its 31st plenary meeting virtually on 21 -23 March 2022. Over 40 WGHOF members from nuclear regulators, operators and technical support organisations participated, including new delegates from member countries.

Through dialogue and the exchange of experiences, the Group discussed work underway on activities in the following four areas: the nuclear industry’s response to COVID-19 in the areas of HOF; good practices for identifying HOF issues from event analysis processes; the development of a catalogue on HOF training; and lessons learnt from the Boeing MAX 737 accidents related to regulatory oversight in the areas of HOF and safety culture. The CSNI approved these tasks in December 2021 and work began early this year, with the task groups collecting data for literature reviews and exploring and gathering other core material.

During the March 2022 plenary meeting, thematic sessions allowed for lively exchanges. On the first day, the topic of workplace fatigue generated a great deal of discussion about regulatory requirements on hours of work/fatigue for licensee staff.

On the second day, the topic of events at nuclear facilities was addressed, first with an update from the task group on event analysis, then with a thematic session that highlighted an event at a nuclear facility with human factors as a root cause. The thematic session included insight on research being done by the Halden Human-Technology-Organisation (HTO) project  that looks at perspectives of success in event investigations. WGHOF members decided this topic merited additional discussions further on, noting that co-operation with the Halden HTO project is ongoing through the WGHOF task group on event analysis.

During the final day of the plenary, the topic of trust was explored through an update from the current WGHOF task on trust as an organisational capability as well as through the views shared by the Committee on Nuclear Regulatory Authorities’ Working Groups - the Working Group on Safety Culture (WGSC) and the Working Group on Public Communication for Nuclear Regulators (WGPC) - as well as the Forum on Stakeholder Confidence (FSC). The WGHOF’s task on trust, if approved by the CSNI  , is expected to examine the trust relationships between the public, operators and regulators, and among industry actors.

Throughout the second and third days, member countries had the opportunity to share insight on recent developments in their countries on HOF issues. Participants also discussed planning, with a view to holding the Group’s next plenary sessions in person once again. 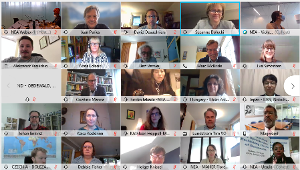 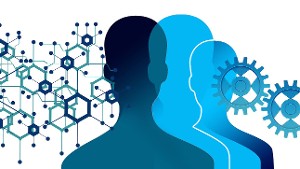