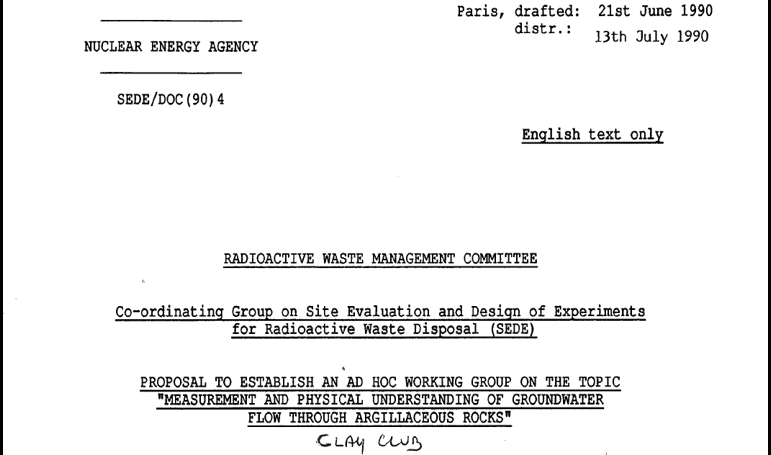 The Working Group on the Characterisation, the Understanding and the Performance of Argillaceous Rocks and Repository Host Formations (Clay Club) marked its 30th anniversary at its meeting on 17 November 2021, reflecting on the evolution over three decades of the understanding of argillaceous media. Despite the wide spectrum of argillaceous media and the various stages of repository programme development in different countries, the Clay Club continues to address common issues related to the reliable characterisation and role of argillaceous media in a repository safety case. The eight technical reports published by the Clay Club since its establishment have provided a basis for a focused programme of work  supported through workshops, regular meetings, joint industry conferences and NEA reports.

The Clay Club advises the Integration Group for the Safety Case (IGSC) on major and emerging issues related to the understanding of multi-scale characterisation, numerical model simulation and barrier performance of argillaceous media. Among the different geological formations considered suitable for hosting geological repositories, Argillaceous rocks are characterised by their favourable characteristics. These characteristics include significant lateral continuity, very low rock mass hydraulic conductivities, self-sealing of fractures, solute migration dominated by diffusive transport processes, a capacity to chemically retard radionuclide migration and their amenability to self-analogue studies of their hydrogeologic stability. 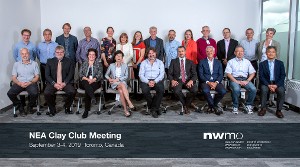