The role of nuclear energy in mitigating climate change 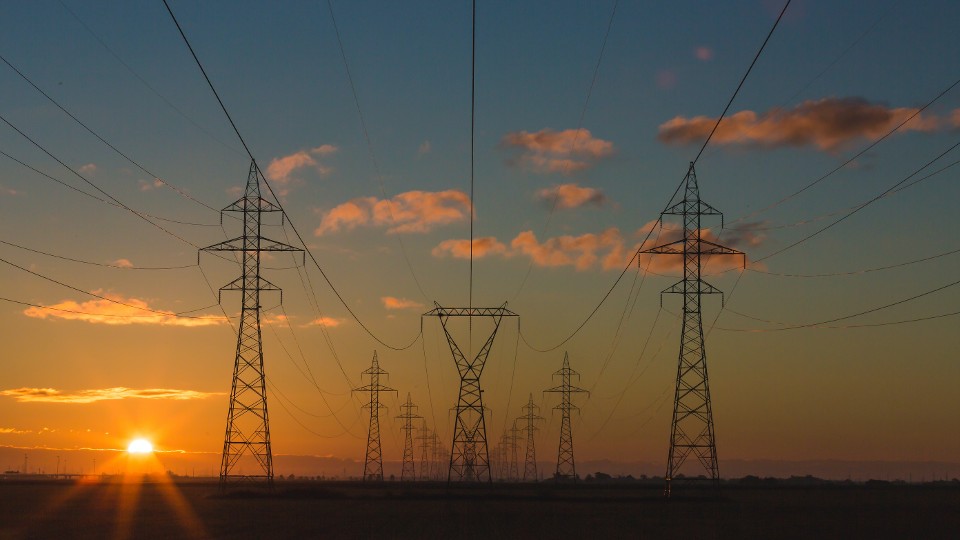 The world’s effort to address climate change is one of the greatest challenges of our lifetimes. Success will require not just greater commitment and resources but creativity and flexibility to consider all tools available—and nuclear energy is one of them. It has an important role to play in the transition to net-zero emissions by 2050.

Nuclear energy generation currently provides one tenth of global electricity without producing carbon dioxide emissions. With 444 nuclear reactors operating across 30 countries, nuclear energy is the largest source of low-carbon electricity in OECD economies, and the second largest in the world after hydropower.

NEA analysis of over 90 pathways to net-zero emissions considered by the United Nations Intergovernmental Panel on Climate Change reveals that to limit global warming to no more than 1.5°C, installed nuclear energy capacity must triple to 1,160 gigawatts by 2050. The world is not on track to meet these targets. Even with the about 50 nuclear energy reactors now under construction around the world and the 100 planned, global nuclear energy capacity will remain roughly constant as older reactors are retired. 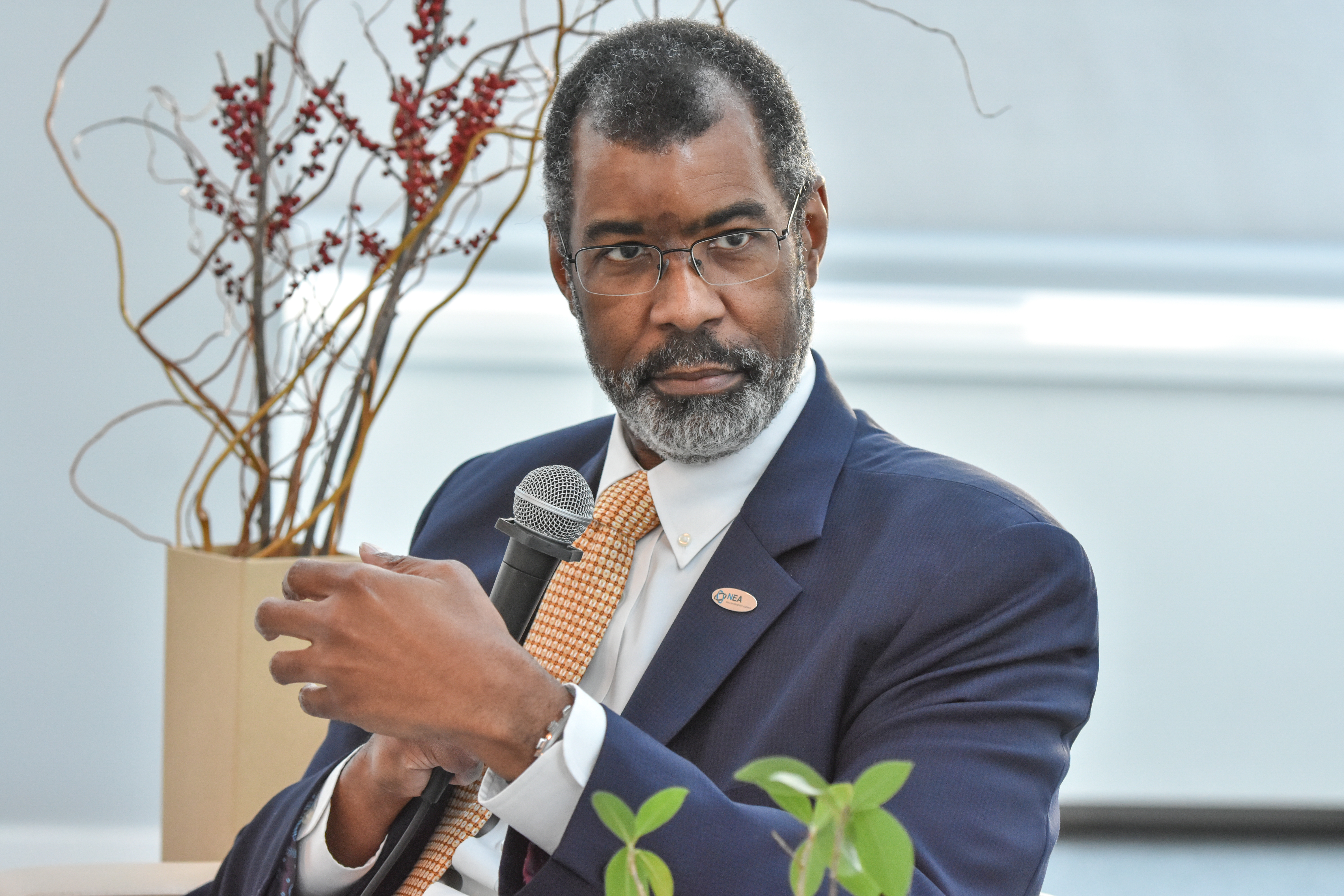 One key advantage that the nuclear sector has is that it is an established industry with proven technologies and supply chains. Nuclear energy already displaces 1.6 gigatonnes of carbon dioxide emissions annually. Through refurbishments and long-term operation of existing reactors, the nuclear sector can continue displacing carbon dioxide for decades to come: up to 50 gigatonnes of cumulative carbon emissions between 2020 and 2050.

There is also significant potential for new builds of large-scale nuclear energy reactors, which could displace 23 gigatonnes of emissions between 2020 and 2050 by replacing fossil power generation. This includes replacing coal power, which is among the most intensive emitters of carbon dioxide but is particularly widespread in developing countries, where demand for energy is forecast to grow quickly as more parts of their economies link up to the electricity grid. Currently, non-OECD countries China and India account for the biggest shares of such new projects.

But the nuclear sector can also play a much larger role. As countries ramp up other types of carbon-free energy production, such as solar or wind, nuclear power can serve as baseload that backs up renewables and guarantees electricity supply is constant, reliable and dispatchable. The importance of this has become obvious from the recent experience of some countries that have suffered power outages or surges in energy prices. Where nuclear facilities are being phased out, governments have had to resort to restarting fossil fuel-powered plants—including coal—to ensure a constant electricity supply, taking a direct step backwards in the fight to reduce carbon emissions and pollution.

A wave of near-term innovation in small modular reactors, meanwhile, is opening new applications for nuclear energy and opportunities to further move to net-zero emissions in the global economy. Small modular reactors, the first of which will be on the market in the next few years, could displace 15 gigatonnes of emissions between 2020 and 2050. This could include generating power on-grid and off-grid, supplying power for desalination, providing low-carbon heat for heavy industries like steel production and other hard-to-abate sectors, and producing hydrogen and other synthetic fuels to help eliminate emissions in the transportation sector.

Success will require regulatory frameworks that enable innovation. Governments should also invest to accelerate nuclear energy deployment, and encourage further investments from private investors by including nuclear energy in the scope of climate and development financing, classifying it as an environmentally sustainable source and making it part of ESG financing frameworks. 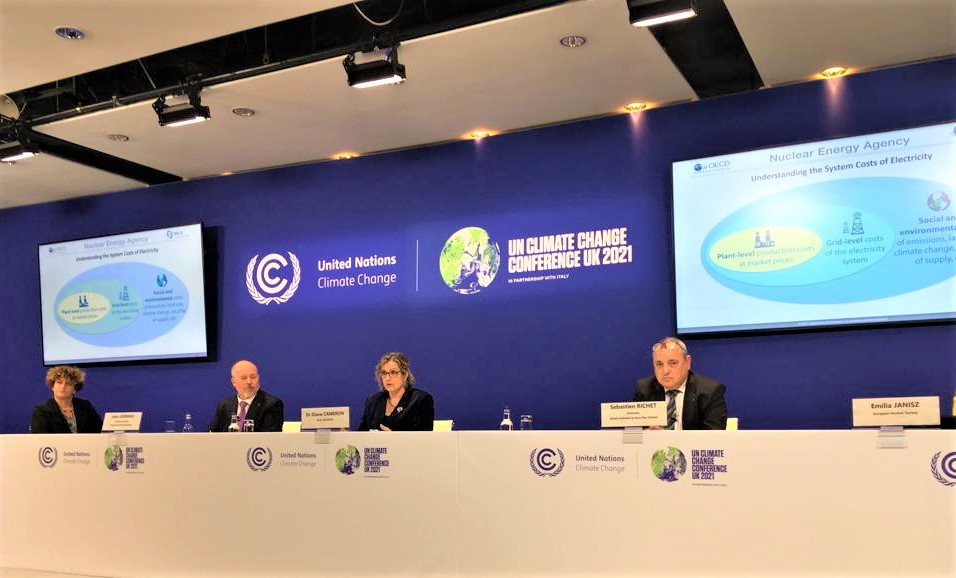 COP26 was an important milestone on the road to net-zero emissions. In many multinational events, politics trumps science and nuclear energy is not included in the discourse, creating significant gaps in the dialogue. This dynamic is deeply problematic. Nuclear energy must be included alongside all other options in discussions about energy transition in order to maintain the integrity of the policy dialogue. While policy makers may take different values-based decisions on the role of nuclear energy in their respective national contexts, the analyses and assessments that inform the choices must be complete and evidence-based to ensure that the complex trade-offs between options can be accurately understood.

This article was originally published on the OECD Forum Network ahead of COP26. 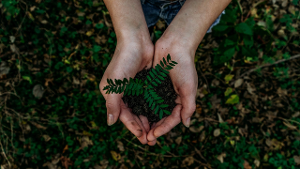