Congratulations to the winners of the 2021 SMR Prize Competition 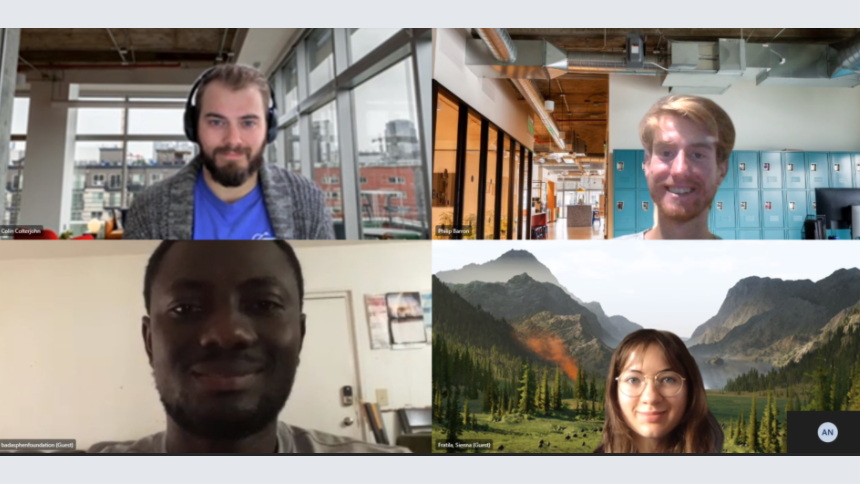 Among the nuclear technology education activities conducted under the auspices of the NEA Nuclear Energy Skills and Technology (NEST) Framework, the SMR Prize Competition is one of the most innovative.  Held via videoconference from 7 June to 19 August 2021, the 2021 SMR Prize Competition brought together 28 students representing different academic and research organisations participating in the NEA Nuclear Education, Skills and Technology (NEST) Small Modular Reactor (SMRs) Project. Colin Colterjohn and Phillip Barron of McMaster University, Stephen Darko of the University of Regina and Sienna Fratila of the University of Michigan won the competition with a team project entitled “HyPR: Heat for Hydrogen”.

During the two-month competition, the participating students attended weekly lectures delivered by leading experts in the nuclear field. The lecture programme covered a diverse range of technical and non-technical topics, including small modular and advanced reactor technologies, economics of advanced reactors, ethics of nuclear science and technology, regulatory approaches for advanced reactors, licensing processes and public engagement and communication.

At the same time, the students also worked in teams of 4-6 to design, develop and ultimately pitch an optimised deployment scenario that requires use of an advanced reactor to support an industrial use. The teams were judged on the identification of value proposition, justification of core competency, technological soundness and marketability of the idea, identification of all associated risks and mitigation strategies, and critical success factors, as well as on the originality of the presentation.

The winning team proposed the use of a high-temperature gas-cooled reactor (HTGR) to produce the heat required to run a coal gasification plant for hydrogen production. This solution would entail combining X-Energy’s Xe-100 HTGR SMR with copper–chlorine thermochemical cycle for hydrogen production at the Athabasca oil sands in Alberta. It would also lead to significant reductions in CO2 emissions in the region. 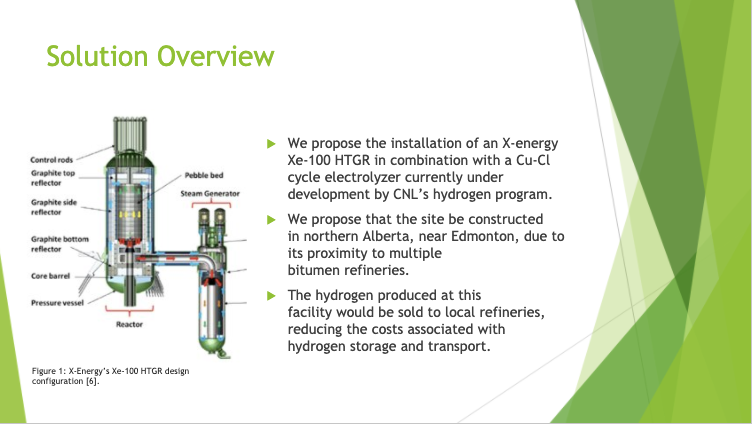 "We are pleased with the thoughtful efforts of all the NEST SMR Prize Competition projects,” said Todd Allen, Chair and Professor of Nuclear Engineering and Radiological Sciences at the University of Michigan, and co-lead of the NEST Small Modular Reactors (SMRs) project.  “The students worked hard on addressing broadly the issues involved with deployment of SMRs from technology to business case to social engagement. They were fun to work with and we look forward to years of their leadership in the development of SMRs."

‘’We need a solution set that allows economic growth and prosperity around the world while saving the environment,” NEA Director-General William D. Magwood, IV added. “Advanced small modular reactors are part of that solution set, together with variable renewables.’’

With initiatives such as the 2021 SMR Prize Competition, the NEST Framework aims to provide participating students with broad awareness on a wide range of real-world issues and challenges relating to the development and deployment of SMRs. The framework was developed by the NEA and launched in 2019 to help member countries develop a talent pipeline in the nuclear sector by fostering human capacity building activities through hands-on training in relevant projects. 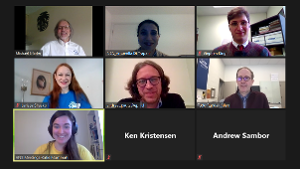