Register for the event

Nuclear power remains the largest source of low-carbon electricity in Organisation for Economic Co-operation and Development (OECD) countries. Supported by robust technical evidence and growing operating experience, many countries are already taking advantage of LTO to meet their climate engagements in a cost-effective manner while enhancing the security of electricity supply. As demonstrated by the NEA and the International Energy Agency (IEA) in the 2020 edition of Projected Costs of Generating Electricity, continued operation of existing nuclear power plants is one of the most cost-effective investment opportunities for low-carbon generation in many regions. The consideration of the long-term operation of existing nuclear reactors could intensify, especially in the light of increasing government pledges to achieve carbon neutrality by, in most cases, 2050.

Nevertheless, and despite the benefits offered by lifetime extensions of nuclear reactors, early closures are observed in some regions. These closures have been primarily driven by policy decisions and challenges with existing electricity markets. In this context, the NEA has explored in depth the key policy, regulatory, technical, human and economic aspects necessary to enable LTO to support ambitious decarbonisation strategies. The forthcoming report will also address nuclear skills and supply chain considerations necessary to sustain the economic and operational performance of nuclear power over longer timeframes. It will also complement the 2019 report The Legal Frameworks for Long‑Term Operation of Nuclear Power Reactors.

NEA nuclear energy analyst Antonio Vayá Soler and Lisa Thiele, Senior General Counsel, Canadian Nuclear Safety Commission (CNSC) and Chair, Working Party on the Legal Aspects of Nuclear Safety (WPLANS), will provide a briefing on the key findings of this study and the legal frameworks for LTO. The conclusions of the report and policy implications will be explored by a panel of industry experts in a discussion hosted by Diane Cameron, Head of the NEA Division of Nuclear Technology Development and Economics, and moderated by Matthew Przybylowski, Canadian Regional Lead, North American Young Generation in Nuclear (NAYGN) and Junior Project Coordinator, Aecon Group Inc:

This event is free and open to the public. Please note that the number of participants is limited and registrations are on a first come, first served basis. 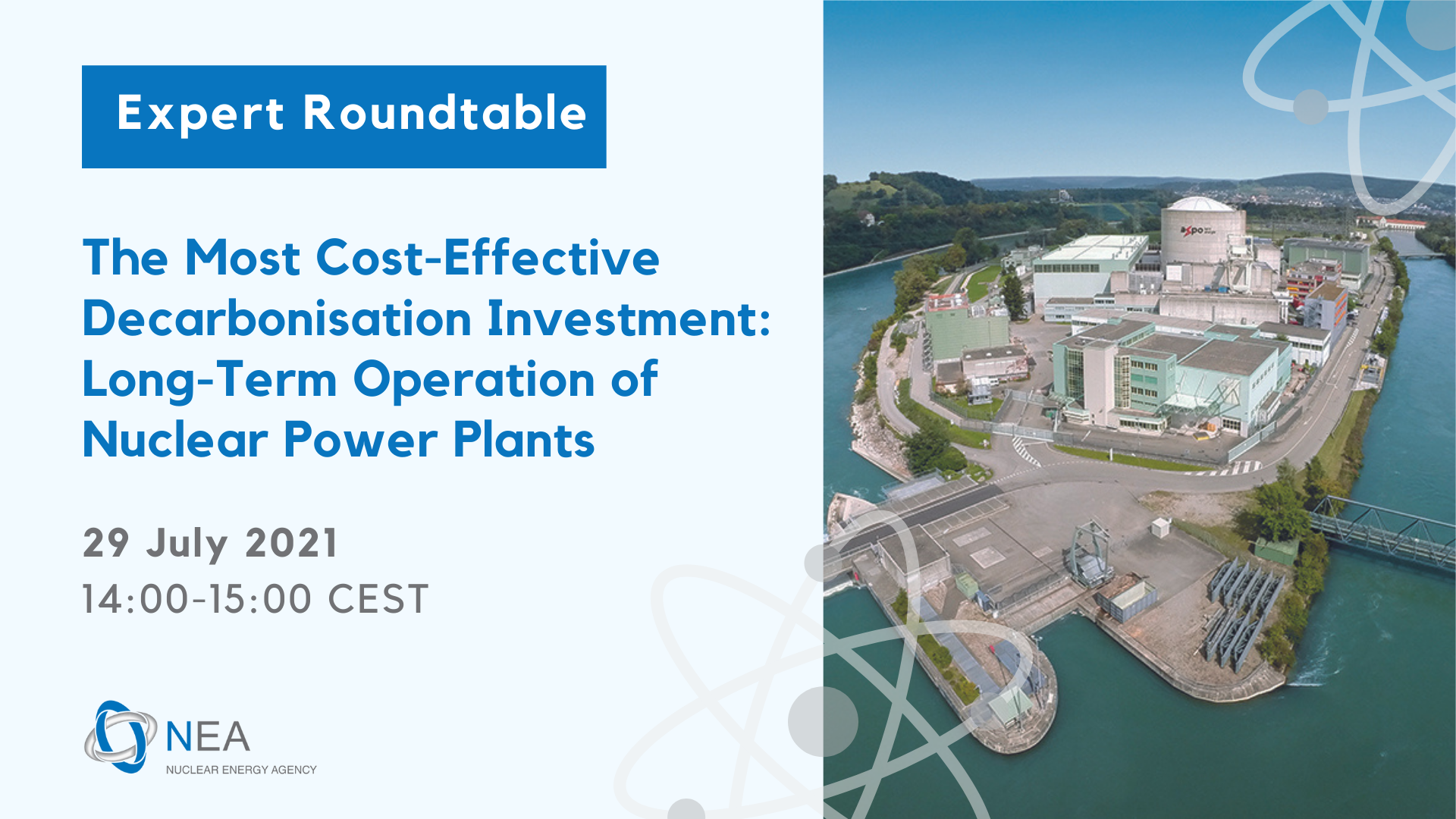