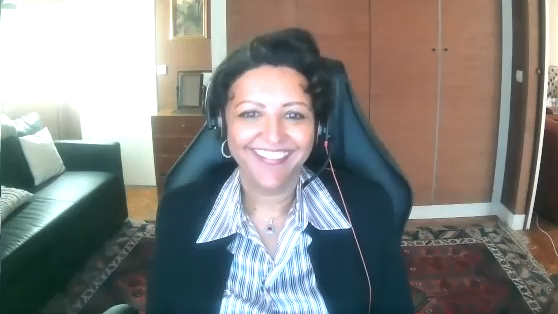 “There is nothing that you cannot do. You need to figure out what you love and pursue it.”

In celebration of women during the month of March, we spoke with Rebecca Tadesse, Head of the NEA Division of Radioactive Waste Management and Decommissioning, about her views on gender balance and leadership in STEM.

Tadesse is responsible for overseeing NEA activities in the field of radioactive waste management. She also has a large role in the co-ordination of NEA activities related to the decommissioning and clean-up of the Fukushima Daiichi site.

Before joining the NEA, Tadesse was with the United States Nuclear Regulatory Commission (NRC) as the Chief of the Radiation Protection Branch in the Office of Nuclear Regulatory Research. Previously she also served as Senior Policy Advisor for Commissioners and Senior Operational Assistant in the Executive Directors Office. Prior to working for the NRC, she worked in the private sector in nuclear energy and the US Food and Drug Administration. 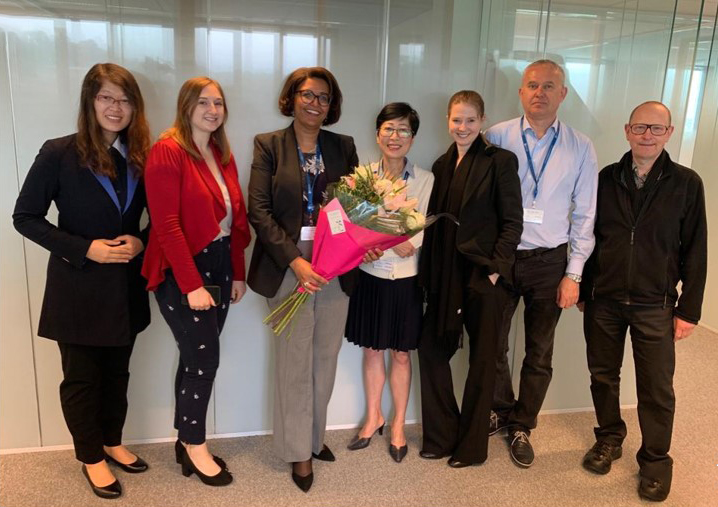 You hold a Master’s degree in environmental science/policy from Johns Hopkins University and a Bachelor’s degree in radiation physics from Purdue University. What made you interested in studying science and pursuing a career in STEM?

My family immigrated to United States from Ethiopia when I was 11 years old. At the time I did not speak English too well and had to learn the language. As you would expect, math and science courses were not that much English driven, so I excelled in and was attracted to that area.

My parents always told me to be a physician or engineer, so I joined the premedical course when I started my Bachelor’s degree. However, when I visited my sister in medical school and experienced her work, I knew it was not for me.

Finally, a classmate recommended I sign up for the physics department, and that’s how I ended up majoring in nuclear physics. I was focusing more on medical physics because I thought that was close to the medical field. And I did an internship during my junior year at the Johns Hopkins Department of Radiation Oncology and Molecular Radiation Sciences. But working on oncology for children was a depressing experience for me and I realised I could not do it. Then, I decided to go into nuclear energy and started working with nuclear power plants.

When you entered the nuclear field, did you face any difficulties as a woman scientist ? And if yes, how did you overcome them?

When working with nuclear power plants, the first thing I experienced was that the union staff, mostly men, would always try to point out my faults, saying “you’re not qualified to be here.” But throughout my career, I believed that if I do the best that I can, people would learn to respect me as a professional ready to work.

There are always little situations like this where someone wants to make you feel like you do not belong there. If you react to them, they win; so always make sure to be professional, stick to your position and move forward.

I think we need an improved balance in the nuclear sector. During the meetings, 75% of participants are men, and maybe 25% are women. I don’t think there is any difference between the two genders in terms of technical knowledge and capacity, but I think women bring different views and fresh approaches to problem-solving. To achieve success in an organisation, we need diversity ― not just gender diversity but also ethnic diversity and diversity in thought.

What is your personal impression of gender balance at the NEA?

The gender balance at the NEA is quite impressive. When you see the senior management composition, it’s quite diverse with a lot of women that are highly skilled and experienced. Unfortunately, that has not been the case in the past 25 years that I spent in the nuclear industry. Women around here are very supportive and they really help me to grow.

I remember that when I first came to the NEA for my job interview, the interview took place in the main conference room, which is dedicated to Lise Meitner. In fact, all of NEA’s meeting rooms are dedicated to accomplished women scientists. You look around, and then you see the picture of these incredible women who allowed us to be in the position we are right now. It’s very encouraging and inspiring, and provides a tribute to women that contributed to nuclear science field since its beginning.

Speaking of encouragement and inspiration, you have also participated in the sixth NEA International Mentoring Workshop in Science and Engineering, which was held in Fukushima, Japan in 2019. What are your personal impressions from this event?

In the two years that I have been at the NEA, participating in the mentoring workshop series is the most satisfying thing I have done. It is crucial to get kids interested in science early on; early adolescence is when they are making decisions for themselves. Some of these girls are so smart, and some of the questions they were asking were so relevant.

One thing that I always believed is important to show to kids is that you have to have balance in life. Sometimes girls feel like they have to choose between family and career, and as a working mom, I want to showcase that you could have it all. It’s not easy, and there are times you wonder why you are doing it, but women are capable of doing anything and everything that they set their minds to.

I genuinely believe that we need to maintain balance. As professionals and educators, we are responsible for reaching out to elementary-level kids and exposing them to science and math. When my friends ask me, “What is your tombstone going to say?” I tell them that I want my tombstone to say that I helped people, encouraged them. I was a good friend, a good mother and a wife. I had a good balance and that is what we as a society should seek out.

Thanks for pointing out the importance of work-life balance. What other advice do you have for girls or young women interested in pursuing studies and careers in STEM?

There is nothing that you cannot do.  You can do anything you want; it is just dedication, motivation and tenacity. You need to figure out what you love and pursue it. It might sound a cliché when Isay that you can have it all ― it is not easy, but it’s worth it. Being in science, you see the difference that you make that benefit the society. 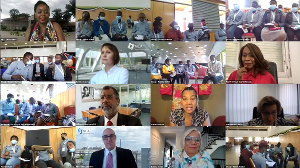 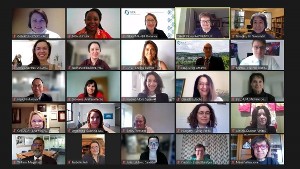