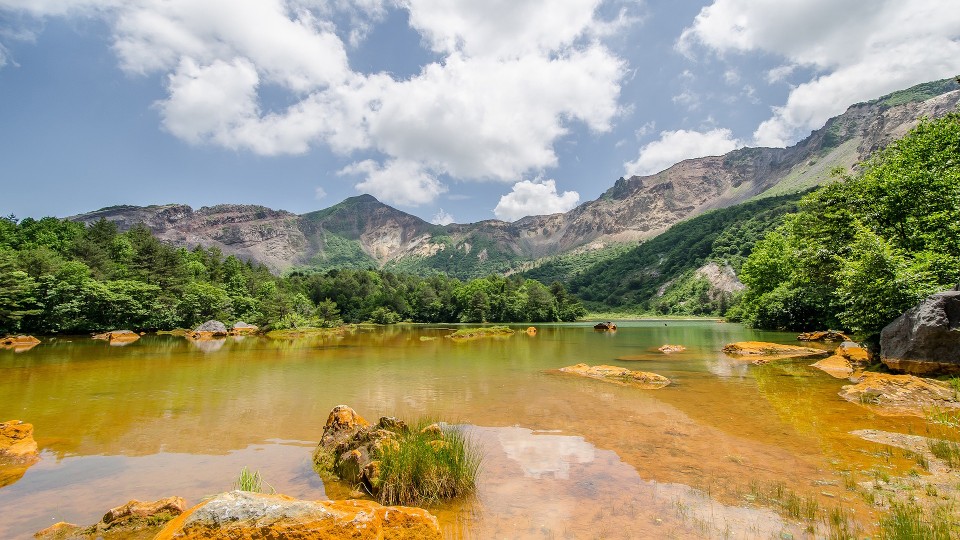 The NEA marks ten years since the Great East Japan Earthquake on 11 March 2011 and the subsequent nuclear accident at the Fukushima Daiichi Nuclear Power Plant. The NEA has published a report that surveys the aftermath, lessons, and achievements in Japan and the global nuclear community in the decade since the accident. Fukushima Daiichi Nuclear Power Plant Accident, Ten Years On: Progress, Lessons and Challenges also analyses the current challenges stemming from the accident, and makes policy recommendations to the international nuclear community in nine different areas.

The NEA hosted an expert roundtable discussion with seven prominent international experts on 3 March 2021 to present the report, review the effects of the accident and reflect on future perspectives. After a moment of silence in honour of those lost when the tsunami stuck north-eastern Japan, the discussion focused on the Fukushima Daiichi experience and its lessons.

“Since the accident, the NEA has been working with Japan and our member states on a wide range of issues covering both the technical and non-technical aspects of the Fukushima Daiichi accident and its impacts,” NEA Director-General William D. Magwood, IV noted during his opening remarks. “Today we reflect on what we have learned and what needs to continue to be done.”

“Going forward, we see that dialogue and communication with local people regarding the past experience are the key,” said Claire Cousins, Chair of the International Commission on Radiological Protection (ICRP). Efforts in Japan and around the world continue to rebuild and enhance public trust in nuclear operations. In this respect, new lessons continue to be learnt, such as enhancing post-accident recovery by placing the human and societal dimension at the core of planning through comprehensive stakeholder involvement. It is now widely understood that earning public trust is a key catalyst for recovery.

Hajimu Yamana, President of Japan’s Nuclear Damage Compensation and Decommissioning Facilitation Corporation (NDF), underlined the importance of stakeholder involvement. “Public perception on the decommissioning front, in conjunction with the future vision of the revitalisation of the surrounding area, will be the key and close communication with the residents is essential,” Yamana said. Olivier Gupta, Chair of the Western European Nuclear Regulators Association (WENRA) and Director General of the French Nuclear Safety Authority (ASN), added: “We need to better involve the local population in the decision-making processes if we want these decisions to be understood and applied. This awareness was clearly raised after the accident.”

In the immediate aftermath, and during the ten years since the Fukushima Daiichi accident, Japanese authorities have undertaken very challenging work to address on-site and off-site consequences, and rebuild the social and economic fabric of the areas impacted by the earthquake, the resulting tsunami and the nuclear accident. The global community has come together with Japan to both offer assistance and draw lessons to further improve nuclear safety worldwide.

This endeavour has been greatly facilitated by the openness of the Japanese government and industry leaders as well as the co-operation of international organisations, governments and companies. “There is an effort organisationally to reach out across the world to make sure that lessons learned elsewhere or knowledge learned in other countries is applied in Japan,” said former Chairman of the United States Nuclear Regulatory Commission (NRC) Richard Meserve.

The Electric Power Research Institute (EPRI)’s Rosa Yang underlined the continued support of the international community. “The global nuclear industry is committed to assisting our Japanese colleagues in addressing re-start, decommissioning and technical evaluation needs,” she said. World Association of Nuclear Operators (WANO) Chief Executive Officer Ingemar Engkvist added that WANO members “have committed to maximise the safety and reliability of nuclear power plants worldwide by working together to assess, to benchmark, to improve the performance through mutual support, exchange of information and emulation of best practices.“

Mike Weightman, former Chief Inspector of Nuclear Installations and Chief Executive Officer, the United Kingdom Office for Nuclear Regulation (ONR) and one of the principal authors of the report added: “One of the aspects which we touched on in the report is about looking at the whole way in which the institutions work together as a system and trying to strengthen that on a system basis. Not just by looking at what the industry does or what the regulator does, but at what the whole system does, by looking at the interactions within the system.”

Director-General Magwood echoed these comments. “The interaction between operators and regulators has been intensive since the accident; it really is far beyond than we had ever seen before,” he said. “If there is a bright side to all this, it certainly is the much-enhanced international co-operation.”

With co-operation from the NEA and other international organisations, the technical understanding of the accident has progressed significantly, thereby aiding all countries to improve safety, resilience to unexpected events, and preparedness. Environmental, social, political and economic aspects, including safety culture, must be a continued focus if nuclear power is to play its part in addressing the world’s need for clean, safe, reliable energy.