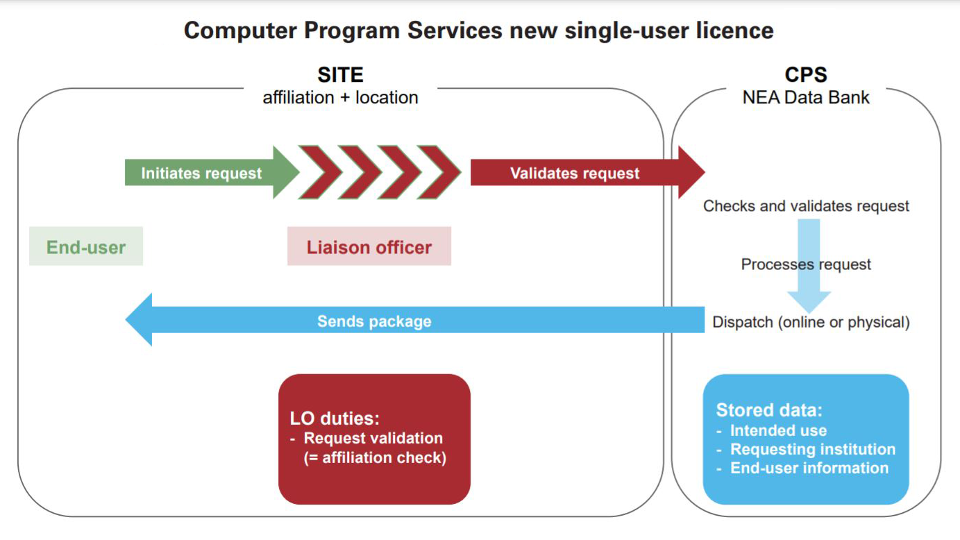 The NEA Data Bank Computer Program Services (CPS) has introduced a new single-user licensing scheme for codes distribution in order to improve the services provided to its end users, attract new codes and adapt to the needs of the global nuclear engineering community. The changes came into effect on 1 November 2020.

The CPS is dedicated to knowledge sharing and the preservation of nuclear science and technology. Since its creation as the Computer Program Library at Ispra (Italy) in 1964, it has played an active role in collecting, testing, preserving and distributing codes developed among its member countries. It also organises training courses on popular computer programs.

Previously the CPS distributed codes under a “single-site” licensing framework, whereby once a code was distributed to an establishment, it could be shared within the entire establishment via a liaison officer. Under the new scheme, all software are now distributed under “single-user” licence terms.  End users are able to download the codes themselves once their request is validated. In addition to simplifying the codes distribution framework, the new scheme also opens the door for the creation of active user communities around individual codes.

The main features of this single-user licence are: