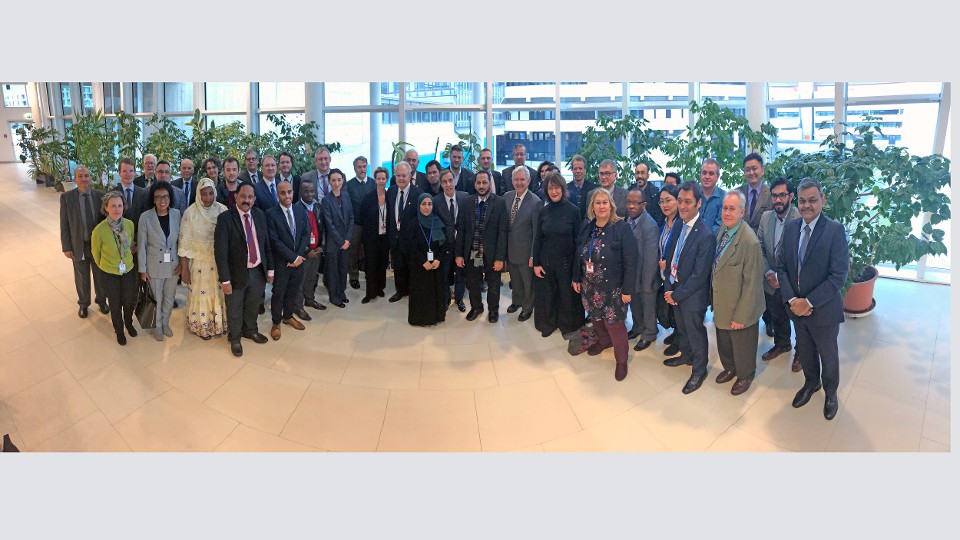 The Joint NEA/IAEA Group on Uranium met on 4‑6 February 2020 in Vienna, Austria, with 49 participants from 33 countries and representatives from the Euratom Supply Agency. With continuing interest in uranium supply and demand, the participating experts reviewed the progress on the next edition of Uranium: Resources, Production and Demand, also known as the Red Book. Delegates from some countries reported that they scaled back uranium production at some mines and that some development plans were being delayed due to unfavourable market conditions. However, a review of nuclear development policies and new build plans continues to point to growth in global nuclear generating capacity through to 2040, particularly in Asia. Despite nuclear power phase‑out policies in some countries, uranium demand is expected to increase over the longer term. The role that nuclear energy ultimately plays in meeting global climate objectives could contribute to even greater projected growth in uranium demand.
See also
Activity
Most recent
The Joint NEA/IAEA Group on Uranium (UG)
Nuclear economics Uranium Uranium mining Uranium processing Uranium supply