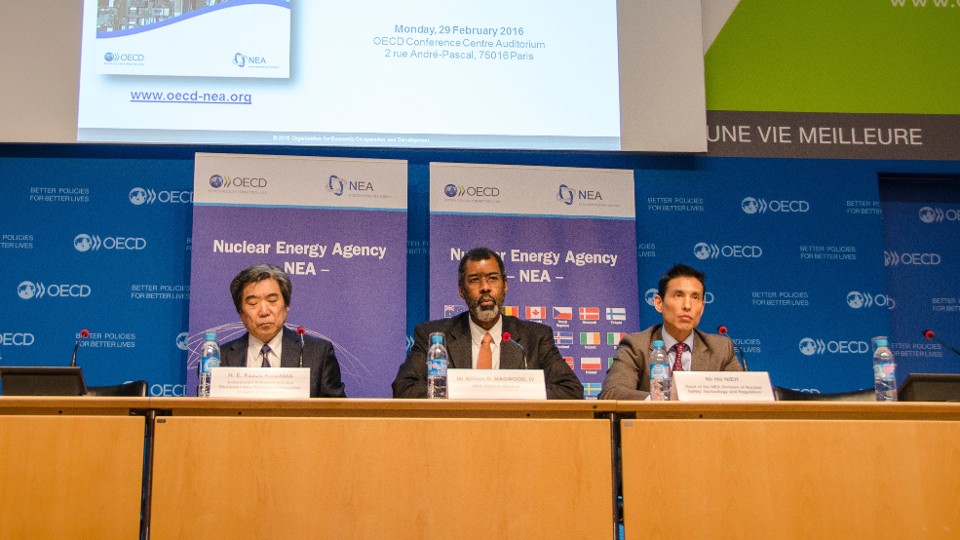 The report focuses on the actions undertaken by the NEA and its member countries at the national and international levels to improve nuclear safety and to implement the lessons learnt from the March 2011 accident. It also offers a series of conclusions and identifies some of the challenges that remain.

Commenting on the report, NEA Director‑General William D. Magwood, IV noted that "Despite the Fukushima tragedy, and taking into account the lessons drawn from the accident, the nuclear safety regulators in NEA member states consider that the nuclear power plants in their countries were and remain safe to operate." Referring to work that has been carried out to address natural hazards and emergency preparedness, he indicated that, "The great lesson of Fukushima is that we cannot predict every natural event, but as this report highlights, by drawing on the lessons learnt, the plants have been made more resilient and better prepared for the unexpected than they were five years ago."

Dr Jean-Christophe Niel, Director-General of the French Nuclear Safety Authority (ASN) and Chair of the NEA Committee on Nuclear Regulatory Activities (CNRA) which took the lead in preparing the report, stressed that international co-operation is a key element in the continuous improvement of nuclear safety, pointing out that "The activities of the NEA bring together the world's top-level international experts in a forum for sharing lessons and experience, and for working together to identify and implement effective approaches to further improve the nuclear regulatory regimes and the safety of nuclear power plants." Dr Niel also stressed "the importance for nuclear safety of ensuring effective prime responsibility of the operators, independence of the safety authorities and involvement of stakeholders."

Mr Magwood noted that while NEA countries have made significant progress since the accident and continue to make further progress towards enhancing safety, there is still more to be done. We must address the human aspects of safety, such as ensuring effective safety cultures for both operators and regulators and continuing to learn from safety research, including through the NEA's international joint research projects. He also recalled that "it is important to remember that nuclear safety is a continual process that evolves as we learn through operating experience and research, not just from what happened at Fukushima but also from the implementation of the responses to the accident." 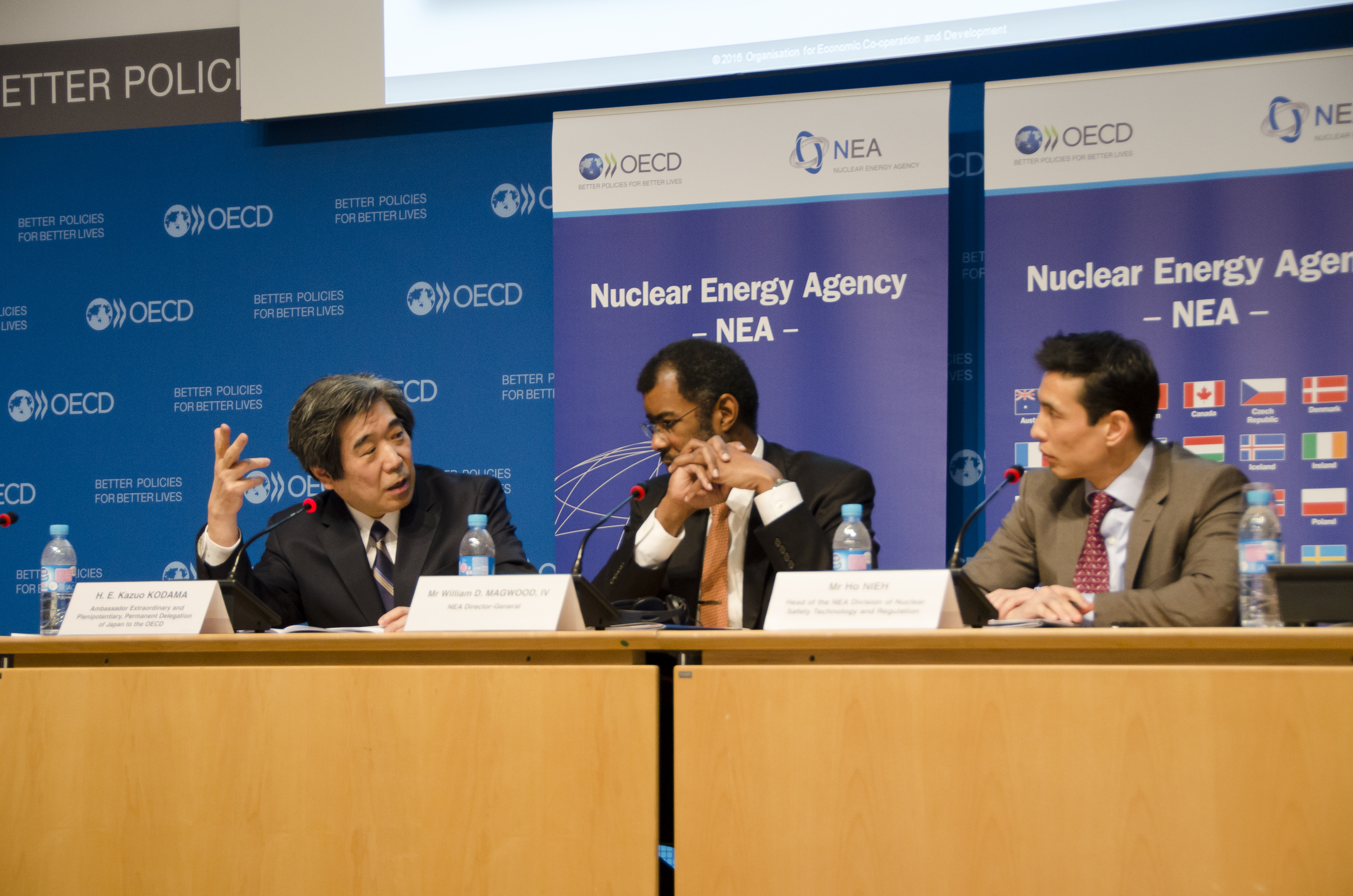 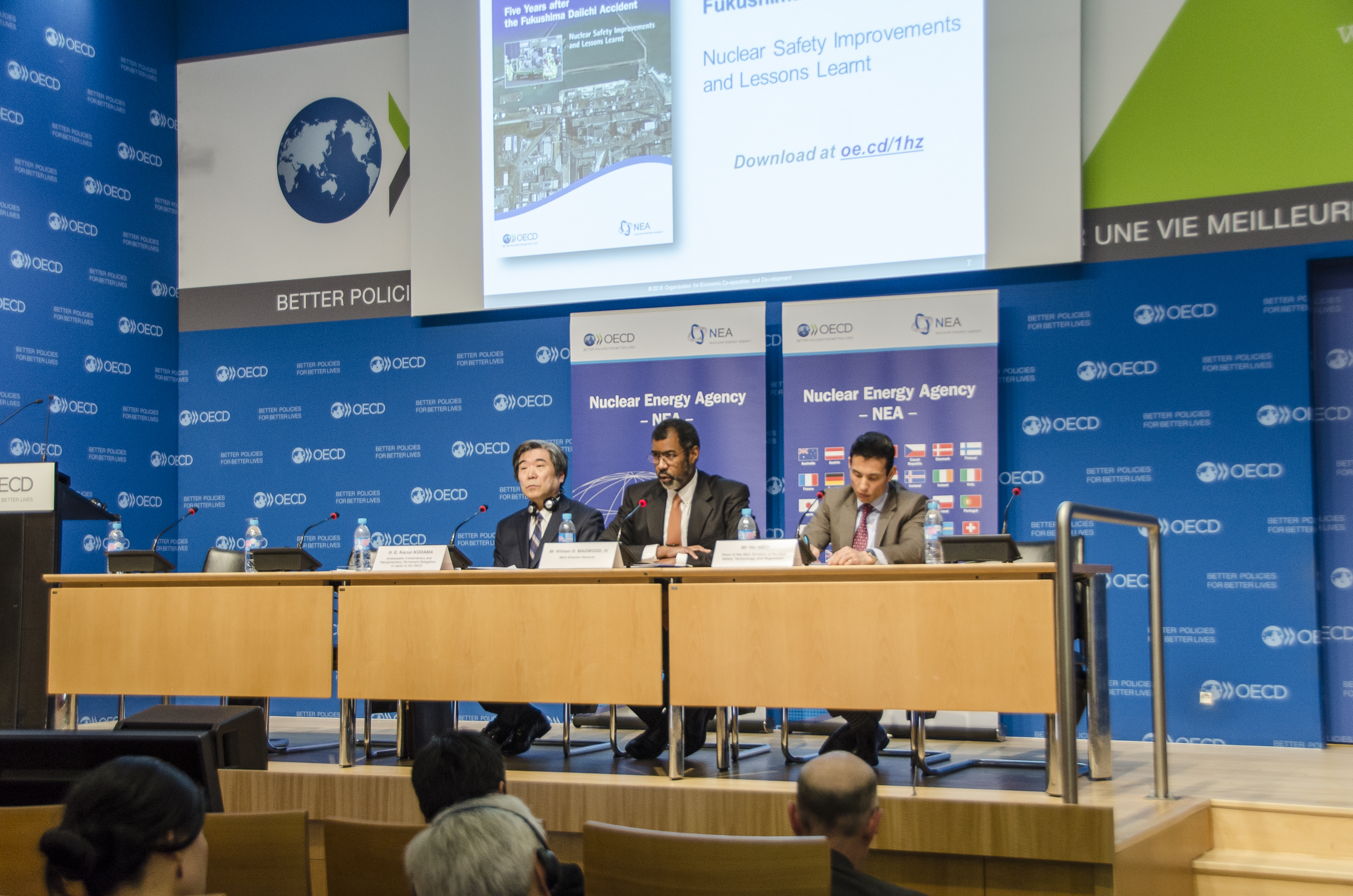 Since the March 2011 accident at the Fukushima Daiichi nuclear power plant, the OECD Nuclear Energy Agency (NEA) has been working closely with its member and partner countries to identify lessons learnt and follow-up actions at the national and international levels so as to maintain and enhance the level of safety at nuclear facilities. In 2013, the NEA published a report entitled The Fukushima Daiichi Nuclear Power Plant Accident: OECD/NEA Nuclear Safety Response and Lessons Learnt detailing the key immediate responses of the NEA and its member countries to the accident. Among the key findings of the 2013 report was that member countries had performed focused safety reviews of their operating reactors and had determined that they were safe to continue operations while more comprehensive safety reviews were conducted. It also stressed the importance of ensuring strong safety cultures, especially in maintaining a questioning and learning attitude to continue improving the high level of safety standards and their effective implementation.

Since that time, many actions and activities have been undertaken by the NEA and its member countries to maintain and further develop the scientific, technological and legal bases for the safe use of nuclear energy. Regulatory authorities in many NEA member countries have taken actions to establish new requirements. The potential impact of external hazards has been the focus of such requirements, as have plant improvements related to the diversity of equipment, enhancements in the robustness of safety functions and continuing efforts to address the human aspects of nuclear safety.

While many activities and improvements are in progress, it must be noted that the safety improvements being made at nuclear power plants as a result of the Fukushima Daiichi accident are part of a long-term effort that will continue to evolve as countries continue to share information and learning. The NEA and its committees involved in nuclear and radiation safety issues will continue to play a key role in assisting and encouraging NEA member countries in ensuring this safety going forward. 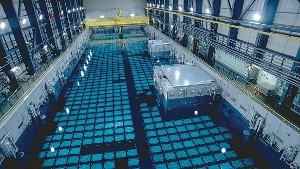