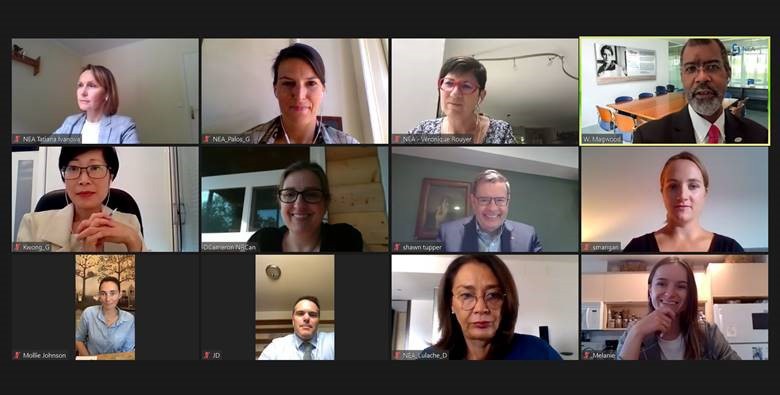 While the NEA staff have been teleworking since March 2020 due to the ongoing COVID-19 pandemic, video conference technologies have helped the Agency in carrying out its mandate to assist the membership with their needs in the application and exploration of nuclear science and technology. Throughout this period, the work of the NEA committees have continued, software packages from the NEA Data Bank have continued being issued, and 12 webinars were held. The NEA also continues to interact with its member countries and partners via virtual missions. 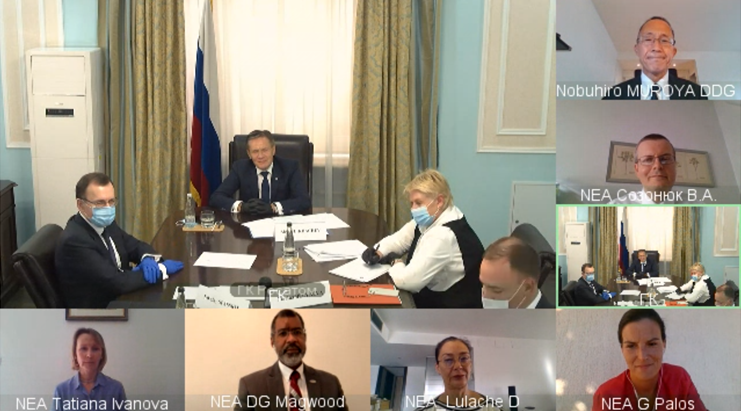 The NEA delegation visited the United Arab Emirates (UAE) on 17-18 August 2020 for a series of meetings with the Ministry of Energy and Infrastructure, the Federal Authority for Nuclear Regulation (FANR), the Emirates Nuclear Energy Corporation (ENEC) and Khalifa University. Discussions with the Emirati authorities covered a wide range of issues, including the current status of the Barakah nuclear power plant, nuclear skills & capacity building, the decarbonisation of electricity systems and updates on the UAE regulatory framework. The discussions also touched on the role of nuclear energy during COVID-19 and beyond, as well as the impact of the pandemic on regulatory decisions and practices. Director-General Magwood also participated in a virtual youth session with young nuclear professionals in the UAE to share his insights on nuclear energy and experience in the sector. The NEA wishes to thank the UAE authorities for hosting the virtual mission, which enabled detailed exchanges of information and ideas on nuclear energy issues, education and research. 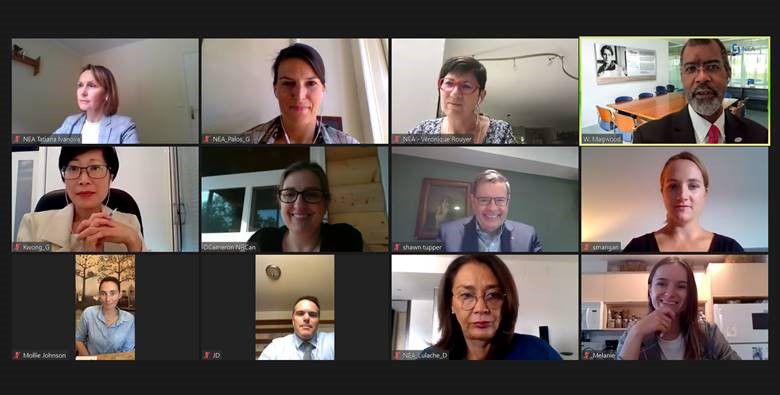 During the last week of August, the NEA delegation undertook a five-day virtual mission to Canada to meet with various institutions in the government, private sector and academia, including Natural Resources Canada (NRCan), the Canadian Nuclear Safety Commission (CNSC), Atomic Energy of Canada Limited (AECL), the Organization of Canadian Nuclear Industries (OCNI), the Nuclear Waste Management Organization (NWMO) and the University Network of Excellence in Nuclear Engineering (UNENE). Canada has a full-spectrum industry and nuclear energy is an important component of the country's electricity supply. In 2018, NRCan initiated a stakeholder-driven process to develop a Canadian roadmap for the potential development and deployment of SMRs in Canada, bringing together provincial and territorial governments, utilities, industry and other interested stakeholders. As such, meetings with the Canadian authorities highlighted SMR technologies. Discussions also covered nuclear safety, education and engagement with Indigenous communities. The virtual visit to Canada provided an excellent opportunity to exchange views on nuclear power, as well as on how to continue strengthening the NEA's engagement with Canadian entities.
Contact