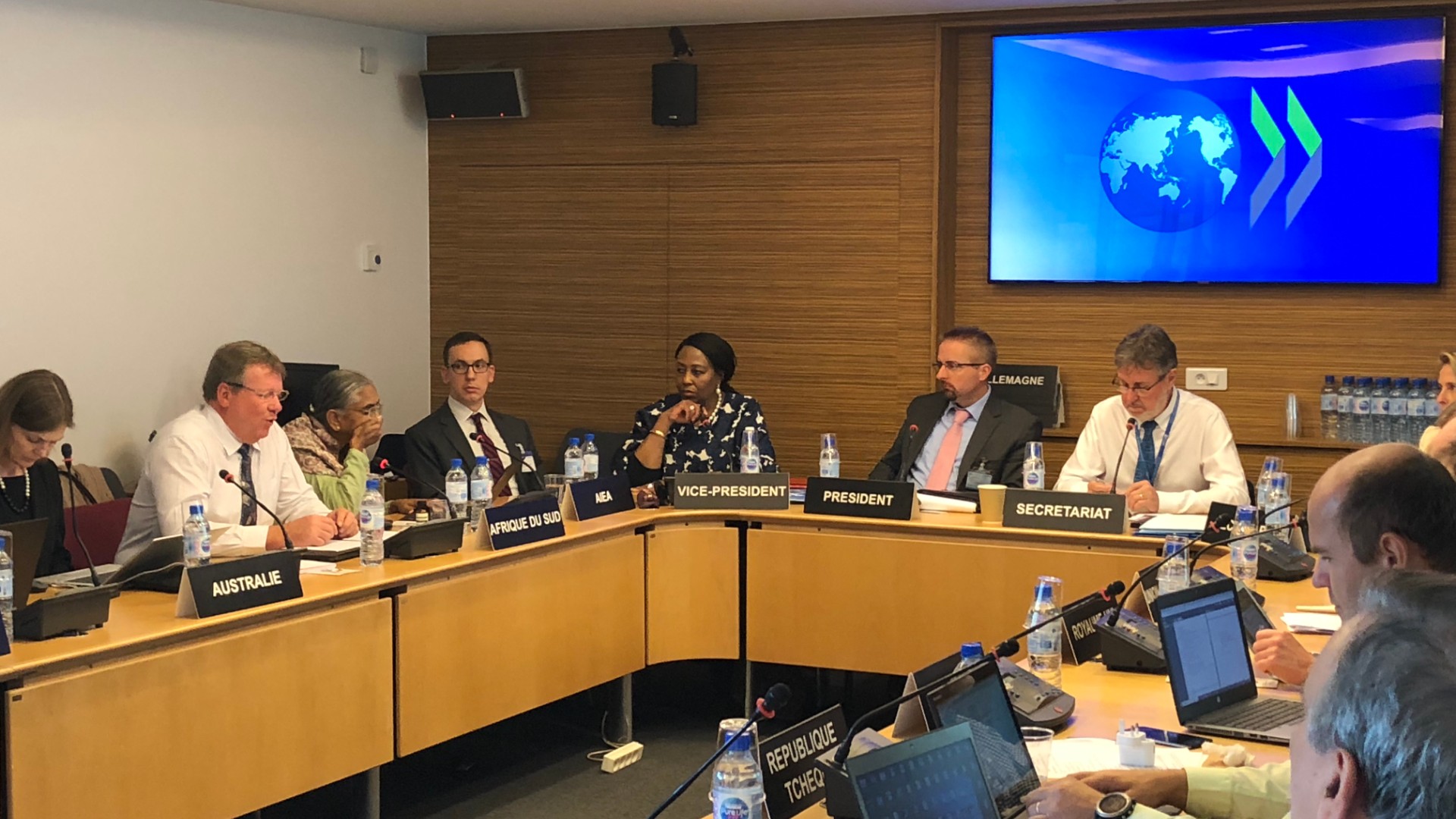 The Ad hoc Expert Group on Climate Change: Assessment of the Vulnerability of Nuclear Power Plants and Cost of Adaptation (NUCA) is responsible for assesing the vulnerability of nuclear power plants, impact of climate change on the contribution of nuclear power to the security of energy supply and the cost of adapting to changes in the climate.

The EGLTO was formed to assess the key factors from a policy, technical, operational, regulatory and economic perspective necessary to enable long-term operation decisions of nuclear power plants in NEA countries.

The objective of the Ad hoc Expert Group is to develop a standardised methodology for assessing the technical and economic case for nuclear cogeneration.

The study will investigate what are the cogeneration capabilities of various advanced reactor designs, as well as the flexibility they may have to switch from electricity generation to heat production depending on electricity market conditions.

The goal of the Expert Group on Back-end Strategies (BEST) is to identify aspects of significant importance to countries’ decisions on whether to deploy partially and fully closed nuclear fuel cycles and how to deploy them.

Expert Group on Costs of Nuclear Accidents, Liability Issues and their Impact on Electricity Costs (COSTNA)

Albeit remote, the risk of a severe nuclear accident cannot be reduced to zero, carrying the potential to cause grave consequences to the concerned nuclear site and, if offsite radiological releases are involved, the surrounding territory, with effects on the surrounding population and potential contamination of associated land. As experienced in the Chernobyl and Fukushima Daiichi accidents, direct and indirect costs can reach several percent of the GDP and seriously affect the equilibrium of a country for some years. Direct and indirect consequences of the accident can also extend to other countries. That was the case during the Chernobyl accident, when many European countries land contamination, with consequent restrictions on food consumption implemented across Europe. Another far-reaching effect caused to various degrees by the three severe accidents has been the impact on energy choices of several countries and on the whole nuclear industry. 'What are the "true" costs of a nuclear accident' is therefore a complex and highly debated question.

Challenges related to extended storage are topical in most countries with mature nuclear programmes. Effort to address this issue is ongoing in individual countries. Available knowledge from member countries is gathered and appraised to identify and assess the impact of technical, safety and regulatory, economic and social factors related to different storage options, fuel types and technical conditions. Strategies to manage waste, i.e. managing the time and phasing of decisions to ensure that the best decisions are made at the right time, are analysed in this context. The main output of the expert group will be a state-of-the-art report.

The group analyses the potential contribution of uranium mining in economic and social development, and explore whether uranium activities are managed to ensure a positive benefit to local and national economies. Case studies in various countries are examined in order to understand the impact of uranium mining on economic development, jobs, infrastructure, education and medical care.

The NEA established the High-level Group on the Security of Supply of Medical Radioisotopes (HLG-MR) in April 2009 to examine the underlying reasons for the global 2009-10 supply shortage and to develop a policy approach to ensure the long-term security of supply of molybdenum-99 (99Mo) and technetium-99m (99mTc).

The Uranium group's primary area of work is producing the biennial publication of the Red Book.