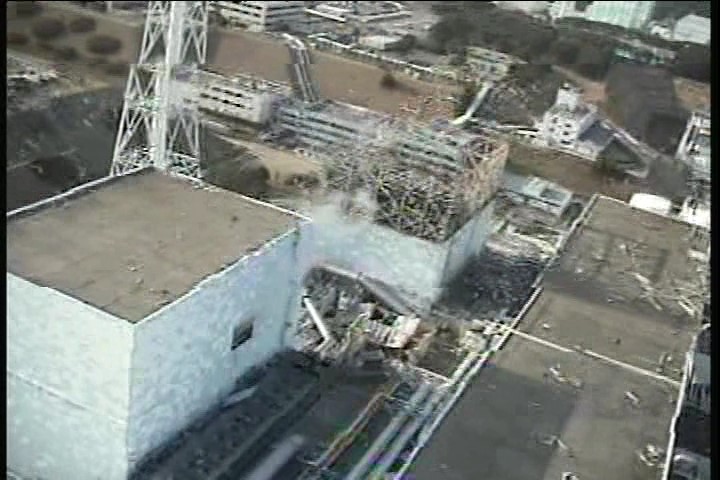 The Benchmark Study of the Accident at the Fukushima Daiichi Nuclear Power Station (BSAF) Project was established in 2012. The objective of the project was to improve severe accident (SA) codes and to analyse the accident progression and current status of units 1 to 3 of the Fukushima Daiichi nuclear power plant (NPP), providing useful information for the decommissioning of these units.

It was hosted by the Institute of Applied Energy (IAE) in Japan, in collaboration with other Japanese institutions such as Japan Atomic Energy Agency (JAEA), Nuclear Regulatory Authority (NRA) and Central Research Institute of Electric Power Industry (CRIEPI). It was additionally supported by the Tokyo Electric Power Company (TEPCO), the Nuclear Damage Compensation and Decommissioning Facilitation Corporation (NDF) and other Japanese industry partners. The project brought together international experts to advance the understanding of severe accident phenomena specific to the Fukushima Daiichi nuclear power plant (NPP) accident while also improving the methods and codes for modelling such severe accidents.

A phased approach was applied in the NEA benchmark exercise.

The first phase of the BSAF project closed in 2015, and focused on the analysis of thermal-hydraulics in reactor pressure vessels (RPVs) and primary containment vessels (PCVs) for the first six days of the accident in the three damaged units (units 1 to 3).

The physical and chemical phenomena which occurred in units 1 to 3 were simulated, particularly in the vessel (core damage and melt, vessel breach) and the reactor containment building (progression of melted fuel). The calculations were challenging because of the high level of uncertainty for data collected during the accident and the limited amount of information, resulting in a significant number of hypotheses on the accident scenario.

For unit 1, the various numerical simulations are consistent with total meltdown of the core and internal structures, which led to vessel breach. However, because of differences between the models of various simulation tools, there are disparities in the estimated quantities of hydrogen produced during core meltdown.

The calculated extent of core degradation differs significantly between the various numerical simulations for units 2 and 3, in part due to differences between models of simulation tools, but also to uncertainties concerning the quantities of coolant injected into the reactors in the hours following the start of the accident. The exact quantities are unknown, which makes it difficult to determine the specific chronology of events. The most important differences are related to the final distribution of the fuel debris (quantity and location) and whether or not there has been a breach in the reactor vessel.

The summary report of the BSAF’s first phase is available here.

The project data package is available upon request to the NEA Databank at https://www.oecd-nea.org/tools/abstract/detail/csni2040/ .

The second phase of the BSAF project (BSAF-2) expanded the work scope to include analysis of fission product behaviour outside PCVs, lengthening the time span of analysed accident events to about three weeks after the occurrence of the earthquake. During phase 2, several workshops were held to allow project participants to discuss their calculation results with other experts and to compare them with other information, such as measured data and investigation results from the Fukushima Daiichi nuclear power plant, for better understanding of the current status of the plant and the progression of the accident.

For unit 1, BSAF-2 has confirmed the large core degradation and relocation to the vessel lower head, the large debris discharge ex-vessel and onset of molten core concrete interaction (MCCI), and the large hydrogen generation resulting in prolonged PCV pressurisation and hydrogen explosion including the possibility of PCV liner failure due to MCCI erosion. The remaining uncertainties are spreading extent of debris ex-vessel, duration of MCCI, and extent of concrete erosion.

Analyses have deepened understanding of unit 2 accident scenario with the timing of core degradation events, large amount of hydrogen generated, lower head failure occurring with a relatively small amount of debris discharged into the PCV, and very limited MCCI progression. Uncertainties remain on the timing of lower head failure and characteristics of debris discharge into the pedestal, and on details of debris slumping and water level.

It has been confirmed for unit 3 that large portions of the core were damaged and relocated into the lower plenum, and the vessel lower plenum failed and some of debris discharged in the pedestal. The remaining uncertainties are on the exact timing of core degradation, the mass of debris retained in the lower head and discharged in the pedestal, and whether MCCI occurred or not.

The summary report of the second phase project is available here.

The project data package is available upon request to the NEA Databank at https://www.oecd-nea.org/tools/abstract/detail/csni2041/ .

After the termination of the BSAF project, analyses of the Fukushima Daiichi accident were pursued in the ARC-F project and are now continuing in the FACE project.

1.75 MB
Benchmark Study of the Accident at the Fukushima Daiichi Nuclear Power Plant

Committee on the Safety of Nuclear Installations (CSNI)