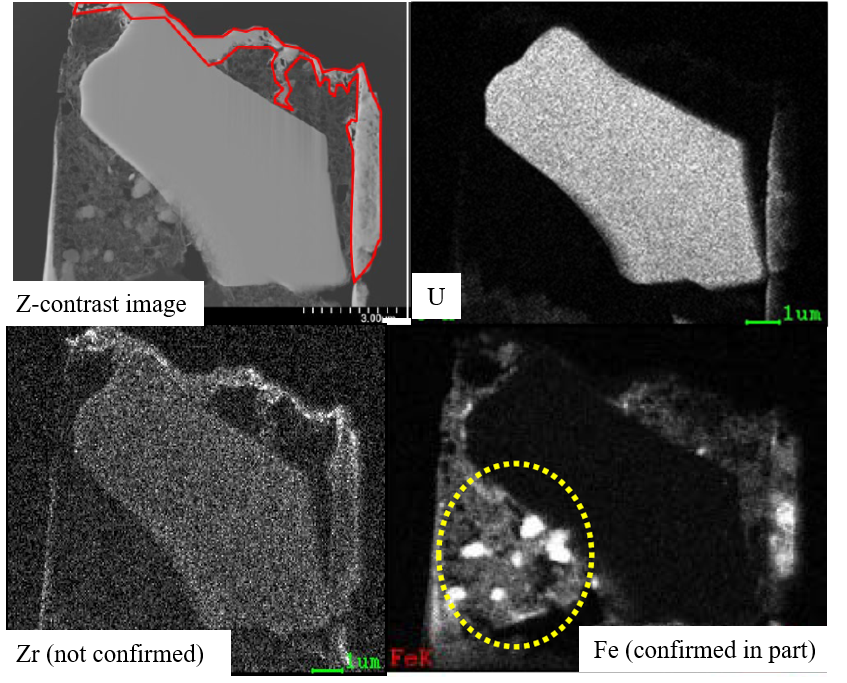 The TCOFF project established a framework for the exchange of technical information on topics related to thermodynamic databases available for modelling the nuclear fuel/core degradation phenomena and fission products behaviour during a severe accident, which include thermodynamic functions/models, experimental data, calculation tools, calculation methods for quasi-equilibrium systems, and prioritisation of items for improvement/enlargement, with reference to the accidental scenario at the Fukushima Daiichi nuclear power station (NPS).

The project produced thermodynamic data to:

Results of analyses conducted by the project, more specifically on U-bearing particles collected on-site during robotic investigations,  have been shared with the PreADES project in view of supporting the preparation of future fuel debris retrieval operations and with the ARC-F project in view of enhancing the understanding of phenomena that occured in the three damaged units during the accident.

The second phase of the joint project on the Thermodynamic Characterisation of Fuel Debris and Fission Products Based on Scenario Analysis of Severe Accident Progression (TCOFF-II) was launched in August 2022. The programme builds on the first TCOFF project, but with a broadened scope, including studies on materials behaviour of ATFs in severe accident conditions and looking at other reactor designs than the Fukushima Daiichi BWR.

The aim of TCOFF-II is to improve the models describing the materials interactions and the role they play in the various phases of the severe accidents, the ultimate goal being the integration of such models in severe accident simulation codes to increase their accuracy. This improvement will be driven in particular by state-of-the-art knowledge of the thermodynamic properties of the material systems relevant to the description of core materials degrading through a severe accident sequence. Such knowledge, partially developed and accumulated during the execution of the first phase of the TCOFF project and previous international efforts, will be systematised and further extended in this second phase of TCOFF through joint experts’ evaluations, thermodynamic modelling, and focused efforts.

The Project will be focusing on generating knowledge and data for analysis severe accidents sequences going from the early stages of the fuel degradation, through the fuel relocation, the molten pool formation in-vessel, reactor pressure vessel (RPV) failure, and the interaction between the corium and the concrete during ex-vessel phases. The Project will also generate knowledge and data regarding fission products (FPs) behaviour in severe accidents and assess how this may affect source term evaluations.