Nuclear energy in the hydrogen economy

As governments around the world are committing to reaching net zero emissions by 2050, many countries are looking at the role hydrogen can play in mitigating climate change. By 2035 the world will require millions of tonnes of clean hydrogen but it can only fully contribute to decarbonisation if it is produced from low-carbon energy sources and its production does not crowd out decarbonisation of other parts of the energy system. The latest NEA analysis shows that as a low-carbon source, nuclear energy has the potential to produce clean hydrogen on a large scale. Nuclear energy can further contribute to decarbonisation efforts by providing hydrogen and energy to industrial hubs at low costs.

The latest NEA publication The Role of Nuclear Power in the Hydrogen Economy: Cost and Competitiveness presents an overview of latest developments of the hydrogen economy and provides an economic assessment of hydrogen production and delivery from nuclear and renewable energy sources. Based on realistic assumptions taken for the year 2035, a time horizon identified as the turning point in the uptake of the future hydrogen economy, this report also explores the impacts of hydrogen production on the overall costs of the electricity systems.

Unlocking Large-scale Deployment of Low-carbon Hydrogen: The role of nuclear and renewable energies 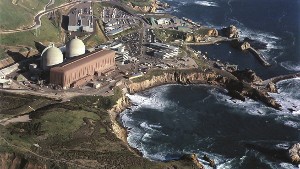 Leading nuclear produced hydrogen initiatives which can be used to power hard-to-electrify sectors such as transport and heavy industry, are presented in the Nuclear-Hydrogen Digest: The Role of Nuclear Energy in the Hydrogen Economy. Published by NICE Future in collaboration with the NEA, it includes case studies from multiple stakeholders around the globe.

NEA work on scientific and technical issues related to hydrogen

The Nuclear Science Committee (NSC) had organised a series of information exchange meetings to discuss scientific issues pertaining to hydrogen production using the energy produced by nuclear reactors. The last meeting was held in 2009, where scientific and technical issues related to hydrogen generation using nuclear energy were presented and reviewed. The meeting participants strongly endorsed further international co-operation on issues related to the nuclear production of hydrogen. Extensive collaboration already existed in some research areas, such as the sulphur-iodine thermo-electrochemical cycle. Additional areas of co-operation include: