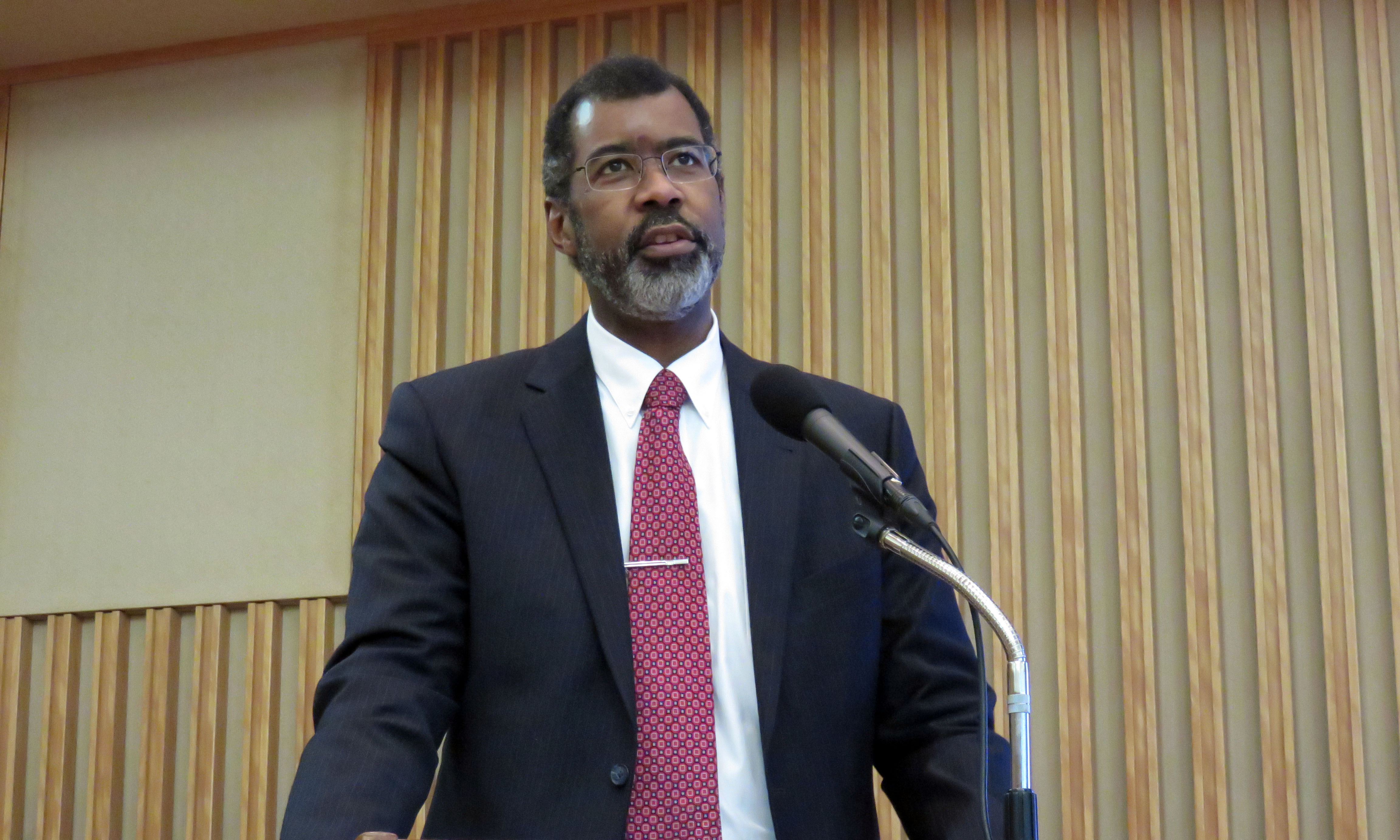 On 8 December 2015, NEA Director‑General Mr William D. Magwood, IV, delivered a keynote speech at the Ministerial‑Level Meeting of the Forum for Nuclear Cooperation in Asia (FNCA) in Tokyo, Japan. During his speech, Mr Magwood addressed the role of nuclear energy in combating climate change and envisaged possible co‑operation between the FNCA and the NEA. The FNCA member countries – Australia, Bangladesh, Indonesia, Japan, Kazakhstan, Korea, Malaysia, Mongolia, the People's Republic of China, the Philippines, Thailand and Viet Nam – adopted a joint communiqué that mentioned, among other projects, promoting co‑operation with international organisations such as the NEA. 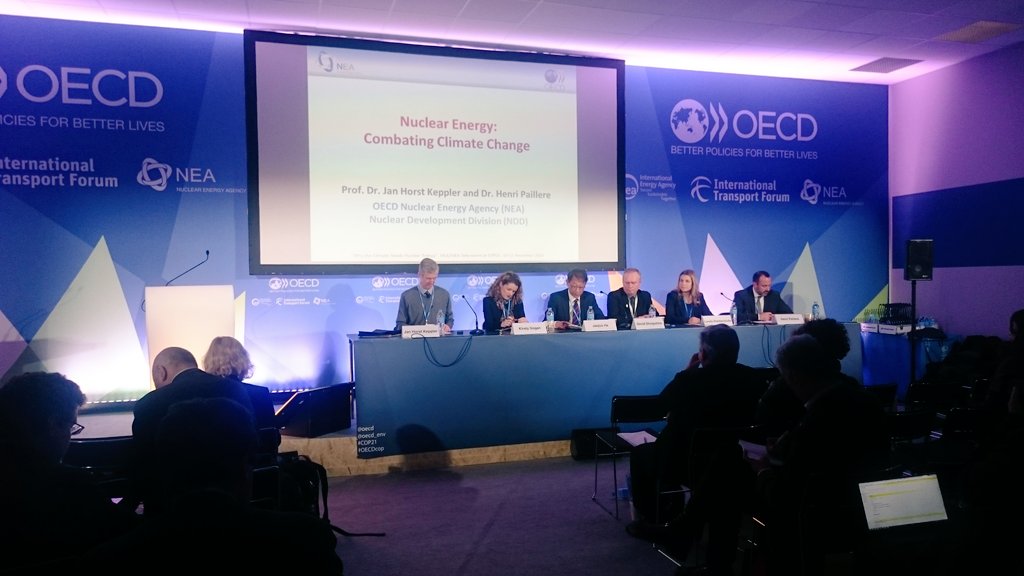 The NEA officially launched its new brochure on Nuclear Energy: Combating Climate Change at the 21st Conference of the Parties (COP21) of the UN Framework Convention on Climate Change (UNFCCC). In co‑operation with the International Atomic Energy Agency (IAEA) the NEA also held two side-events on "Why the Climate Needs Nuclear Energy" on 10‑11 December 2015. The purpose of the events was to highlight the role of nuclear power in helping to achieve the agreed target of limiting the rise in global mean temperatures to below 2°C above pre-industrial levels. The side-events benefitted not only from good co-operation among the NEA, the OECD and the IAEA, but also from a lively exchange with an interested and receptive audience. NEA representatives were present throughout the Conference at the OECD pavilion and the exhibition booth.

At its biannual meeting on 30 November‑1 December 2015, the NEA Committee on Nuclear Regulatory Activities (CNRA) discussed and approved the release of the following three reports: Five Years after the Fukushima Daiichi Nuclear Power Station Accident, the Safety Culture of an Effective Nuclear Regulatory Body and Implementation of Defence‑in‑Depth for Nuclear Power Plants following the Fukushima Daiichi Accident. The CNRA also approved the completion of the mandates of the Senior‑level Task Group (STG) on Defence‑in‑Depth (DiD) and the Senior‑level Task Group (STG) on Safety Culture of the Regulatory Body (SCRB). The CNRA endorsed the 13th International Workshop on Nuclear Regulatory Inspection Activities on experience from inspection activities during the transition from an operating reactor to a defueled status with a commitment to permanently cease power operations, on inspection of modifications and on the inspector's role in the enforcement process. The workshop will be hosted by the Belgian Federal Agency for Nuclear Control (FANC) and Bel V on 17‑21 April 2016 in Bruges, Belgium. In addition, the Committee members approved a one‑year extension of the current CNRA chair and bureau. 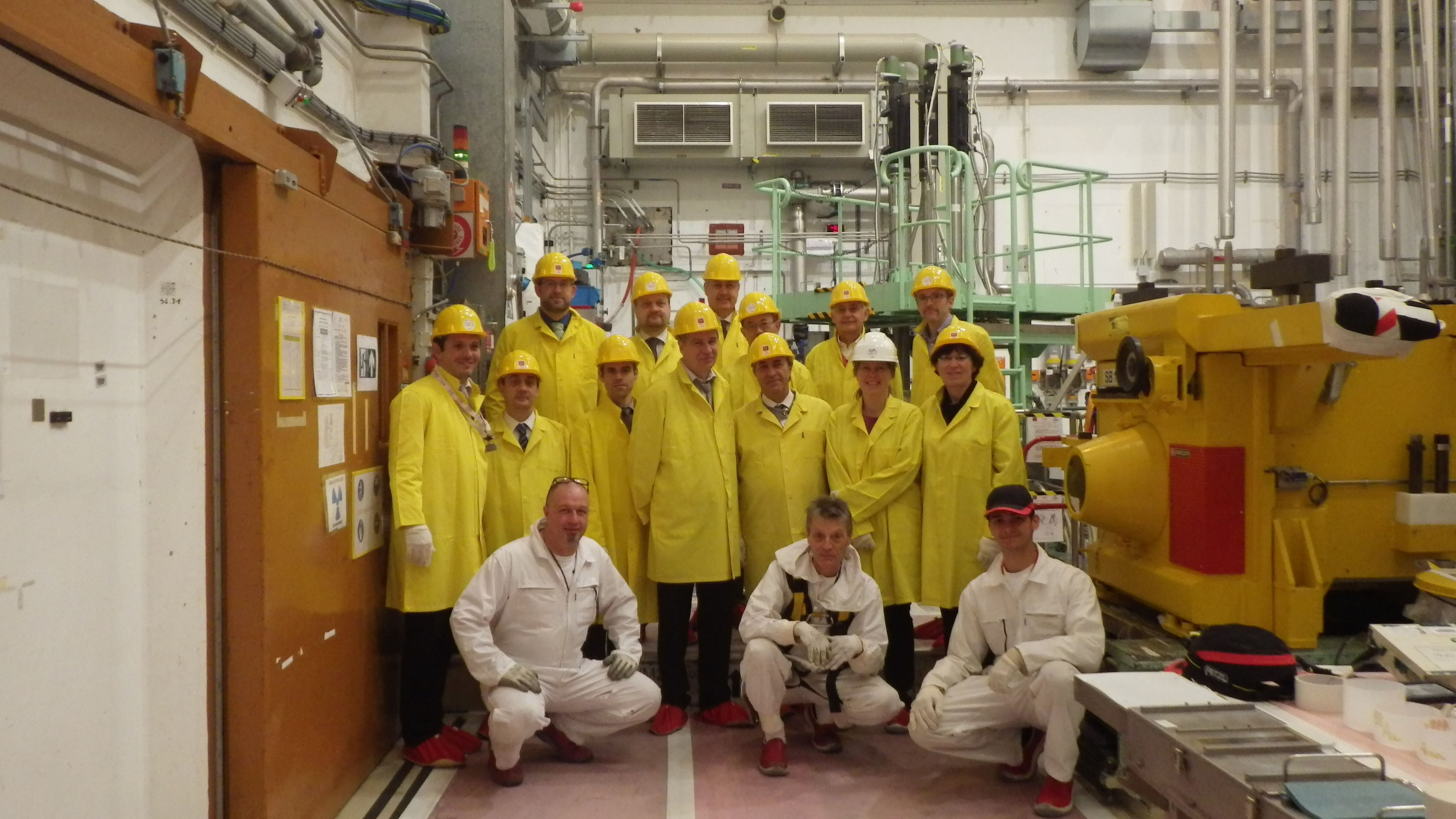 The NEA CABRI International Project (CIP) investigates the ability of irradiated fuels in pressurised water reactors (PWRs) to withstand sharp power transients leading to fast reactivity injection into the core, so‑called reactivity‑initiated accidents (RIAs) that can arise from, for example, control‑rod ejection. The CIP Steering Committee had a conducted tour of the CABRI facility on 1 December 2015. The CIP aims to extend the database for high burn-up fuel behaviour and, importantly, to perform the majority of tests in conditions representative of PWR RIAs. The experimental programme is being planned by the French Institute for Radiological Protection and Nuclear Safety (IRSN) at Cadarache, France, where the CABRI facility is located. The CIP began in March 2000 and two RIA tests using high burn‑up PWR fuel were performed in 2002 in an experimental loop filled, at that time, with liquid sodium. Since then the IRSN, in co‑operation with the French Alternative Energies and Atomic Energy Commission (CEA), has been designing, building and installing a new water‑filled loop for accurate reproduction of PWR conditions for further RIA tests. An extensive general upgrade of the facility was also required. In October 2015 the French Nuclear Safety Authority (ASN) issued its final authorisation for the reactor of the refurbished CABRI facility to restart and the first criticalities were produced by the CEA-IRSN team on 20 October 2015. The aim is to perform the first RIA test in the new water loop in spring 2017. 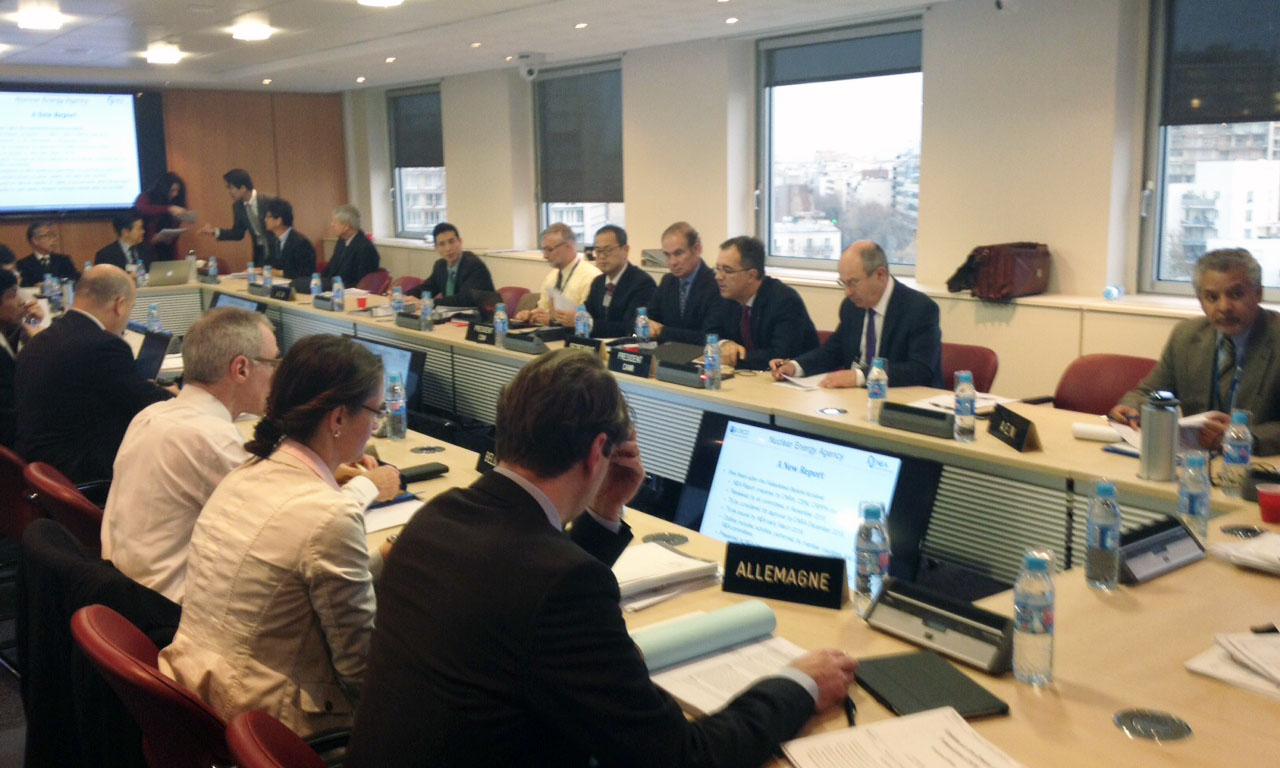 The NEA Committee on the Safety of Nuclear Installations (CSNI) held its biannual meeting on 2‑3 December 2015. The committee discussed and approved the release of the NEA report, Five Years after the Fukushima Daiichi Nuclear Power Station Accident, which summarises the progress the NEA and its member countries have made in addressing the lessons learnt from the accident. Committee members also approved eight new tasks and 11 reports, included a benchmark on fast‑running tools for estimating fission product releases in a nuclear accident. This completed the last of eight priority activities undertaken by the CSNI following the accident at Fukushima. The committee members also approved the mandate for a new working group on safety of electrical systems, which will support member countries in ensuring nuclear plants have robust and reliable electrical systems.

Following the Fukushima Daiichi nuclear power plant accident and in response to a request from Japan, the NEA established a joint project to improve the understanding and modelling of accident progression at the Fukushima Daiichi nuclear power plant. The project is now in its second phase and the most recent meeting was held on 7‑10 December 2015 with more than 40 representatives from 10 countries in attendance. Participants were given a summary of recent findings from on-site investigations at Fukushima, including remote observations inside the damaged reactors. They also discussed progress on modelling studies and information required for their simulations. In addition, a one‑day workshop on the state of knowledge of fission product behaviour was held so that international experts could provide background and advice in support of Japanese activities on the Fukushima site. 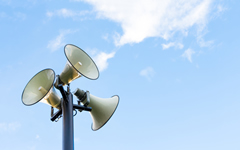 The 40th meeting of the NEA Working Party on Nuclear Emergency Matters (WPNEM) was held on 8‑9 December 2015 with the participation of 39 representatives from 17 countries. This year exchanges mainly focused on the NEA International Nuclear Emergency Exercise (INEX‑5) on notification, communication and interfaces related to catastrophic events involving radiation or radiological materials. A key message from the NEA was to encourage participating countries to play a regional exercise with neighbouring or non-neighbouring countries in order to investigate further how countries can improve these aspects should they ever be required again. The INEX‑5 exercise represents an opportunity for participating countries to test and demonstrate the value of relevant changes put in place nationally, regionally or internationally following the Fukushima Daiichi nuclear power plant accident.

Between September 2011 and August 2015, the International Commission on Radiological Protection organised a series of 12 stakeholder dialogue workshops with residents of Fukushima Prefecture. Discussions focused on recovery, addressing topics such as the protection of children, the management of contaminated food, monitoring and self-help measures. The NEA supported the dialogues and attended all 12 meetings to directly listen to the concerns of affected individuals and to draw lessons for the NEA Committee on Radiation Protection and Public Health (CRPPH). To summarise the dialogue results, the ICRP organised, with the NEA and other organisations' support, a final meeting on 12‑13 December 2015 in Fukushima Prefecture, with high-level participation from the NEA, the French Institute for Radiological Protection and Nuclear Safety (IRSN), the Norwegian Radiation Protection Authority (NRPA), the French Nuclear Safety Authority (ASN) and the Nuclear Regulation Authority (NRA) of Japan. The lessons from and utility of the dialogues were praised by the participants and sponsors, and the ICRP agreed that some form of dialogue would continue, although with ICRP participation and support rather than leadership. A report summarising the lessons learnt will be submitted to the CRPPH for approval in April 2016. 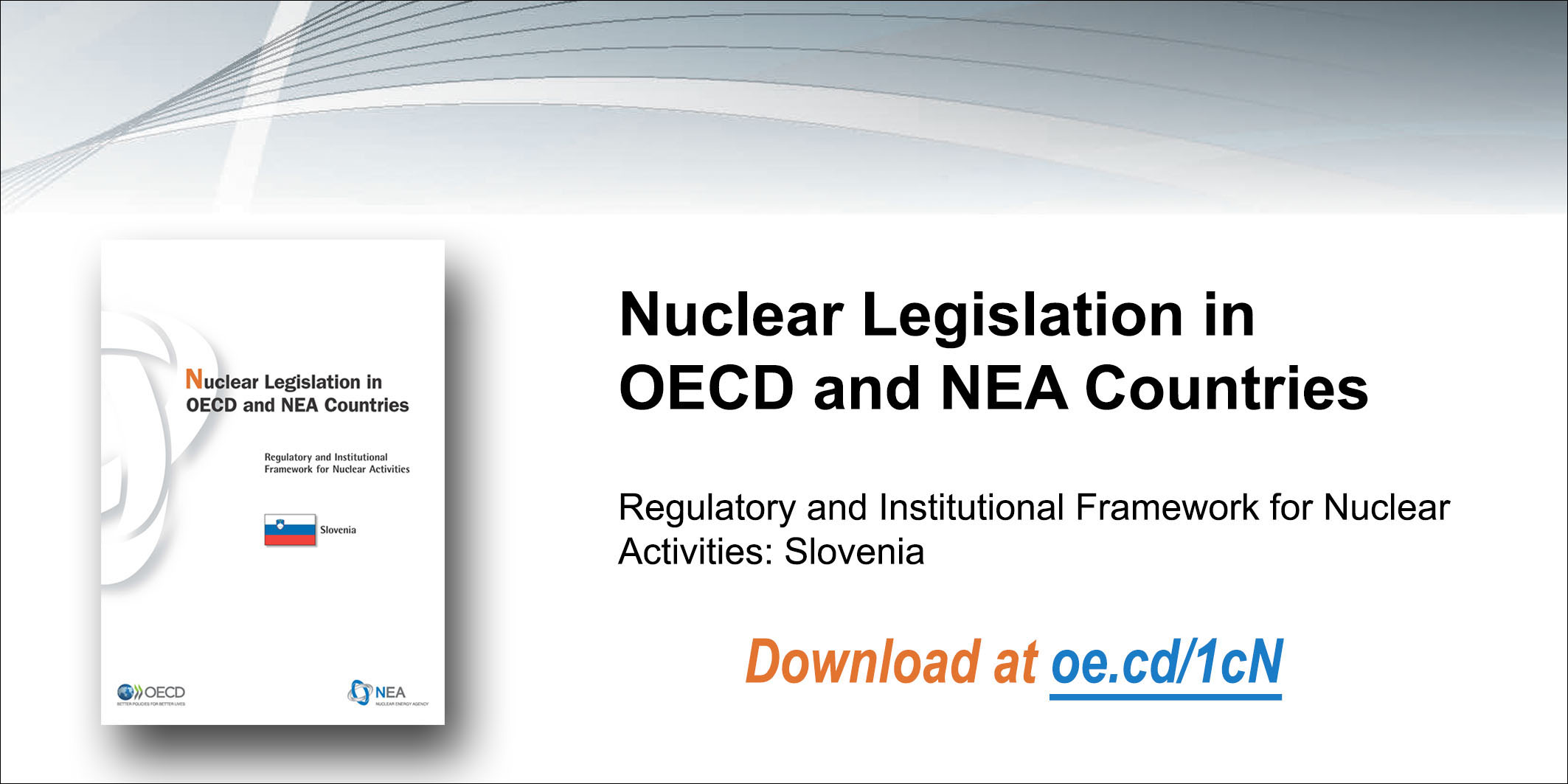 The NEA has updated, in co-ordination with the Permanent Representation of Slovenia to the OECD, the report on the Regulatory and Institutional Framework for Nuclear Activities in Slovenia. These NEA country reports provide comprehensive information on the regulatory and institutional framework governing nuclear activities in OECD and NEA member countries. Each country profile provides a detailed review of a full range of nuclear law topics, including: mining regime; radioactive substances; nuclear installations; trade in nuclear materials and equipment; radiation protection; radioactive waste management; non-proliferation and physical protection; transport; and nuclear third party liability. The report on Slovenia is available for download at oe.cd/1cN.

On 30 November‑3 December 2015, the NEA Data Bank hosted Nuclear Data Week to promote co‑operation among experimentalists, nuclear data evaluators and end‑users of nuclear data. Organised within the framework of the Joint Evaluated Fission and Fusion File (JEFF) activity since 2010, NEA Nuclear Data Week aims at fostering ties among various nuclear data expert communities in order to address the needs and challenges of nuclear systems more effectively and with sufficient anticipation. The autumn 2015 edition of Nuclear Data Week was attended by over 80 experts from 17 countries and international organisations representing the JEFF participants and the Nuclear Systems and Scenarios Project of the French research framework NEEDS. A workshop on nuclear data measurements kicked off the events, followed by the inaugural meetings of the recently established JEFF working groups on "Experiments and Measurements", "JEFF Evaluations", "Fission Yield and Decay Data", "Covariances", "Thermal Scattering Data", "Fusion", "Processing and Verification" and "Benchmarking and Validation". During the week, additional meetings were held by the NEA Working Party on International Nuclear Data Evaluation Co-operation (WPEC) Subgroup 37 on "Improved fission product yield evaluation methodologies" and Subgroup 39 on "Methods and approaches to provide feedback from nuclear and covariance data adjustment for improvement of nuclear data files".