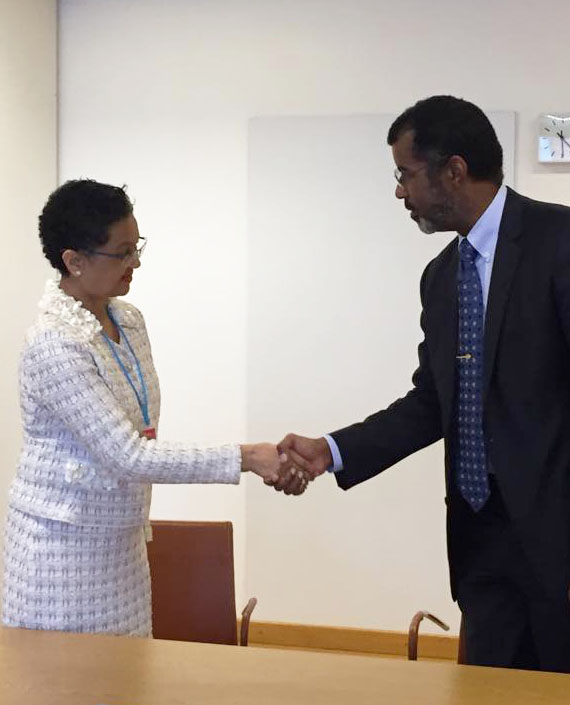 On 15 September 2015, South Africa signed the ten‑year extension of the Framework Agreement for International Collaboration on Research and Development of Generation IV Nuclear Energy Systems, paving the way for its continued collaboration among participating countries in this important area of Gen IV R&D. A signing ceremony was held in the presence of the Honourable Tina Joemat‑Pettersson, Minister of Energy of South Africa, and Mr William D. Magwood, IV, NEA Director‑General. The Generation IV International Forum (GIF) is a co‑operative international endeavour which was set up in 2005 to carry out the research and development needed to establish the feasibility and performance capabilities of the next generation of nuclear energy systems.

On 14-16 September 2015, the MDEP Steering Technical Committee (STC) met to discuss how to implement the MDEP Policy Group guidance provided at its June 2015 meeting. In particular, the STC requested that MDEP design‑specific working groups (DSWGs) should undertake operation‑phase design‑related issues as part of their scope of work. A workshop will be organised among the groups and the severe accident technical experts' subgroup to examine how the reactors considered within the MDEP comply with the recent Vienna declaration on nuclear safety to prevent accidents and mitigate radiological consequences. Following a proposal from the EPR working group, the STC also confirmed that DSWGs should work on first‑plant‑only tests. Finally, the issue‑specific working groups are working to complete their studies and to transfer any relevant outstanding issues to the NEA's nuclear safety committees.

Masahiko Fujihara has been appointed NEA Deputy Director‑General for Legal Affairs and Strategic Resources. He took up his duties on 7 September 2015. He will work with the NEA Director‑General, overseeing the NEA Office of Legal Counsel and the Office of Administration in order to ensure the efficient implementation of the NEA's programme of work in the field of nuclear law and the sound management of NEA resources. Read more

Ho Nieh has been appointed NEA Head of the Division of Nuclear Safety Technology and Regulation. He took up his duties on 31 August 2015. Mr Nieh will support the NEA Director‑General on activities associated with nuclear safety regulatory policy, research and international co-operation. He will develop new approaches to enhanced horizontal co-operation within the NEA and with external bodies in order to promote effective nuclear safety worldwide. Read more

Yeonhee Hah has been appointed NEA Head of the Division of Human Aspects of Nuclear Safety (HANS). She took up her duties on 7 September 2015. Ms Hah will support the NEA Director‑General in areas associated with improving nuclear safety culture in the context of national cultures; enhancing stakeholder and public engagement in nuclear regulatory, nuclear safety and radioactive waste contexts; and fostering appropriate levels of training to ensure high levels of nuclear safety in NEA member countries. Read more

The Joint CNRA and CSNI Ad hoc Group on the Safety of Advanced Reactors (GSAR) held its second meeting on 22‑24 September 2015 with representatives from the regulatory bodies of France, Germany, Italy, Japan, Korea, the Russian Federation and the United States, Generation IV International Forum (GIF) experts, and representatives from the International Atomic Energy Agency (IAEA) and the European Commission (EC). The GSAR was established jointly by the NEA Committee on Nuclear Regulatory Activities (CNRA) and the NEA Committee on the Safety of Nuclear Installations (CSNI) to ensure improvements in nuclear safety through appropriate regulation and research for advanced reactors, and to provide input to GIF on regulatory and safety issues. The main goal of the September meeting was to discuss priorities related to the safety of nuclear systems and the group's activities, including selection of a pilot study and technical areas. The GSAR members agreed to select a sodium fast reactor for their pilot study due to availability of information and its sufficient design maturity. The participants also developed a work proposal including specific technical areas to be approved by the CNRA and the CSNI in December 2015.

The NEA participated in the World Nuclear Association (WNA) Symposium 2015, which took place in London, United Kingdom on 9‑11 September 2015 and focused on nuclear new build, front end fuel cycle developments and back end fuel cycle and decommissioning. The NEA gave two presentations on the recently published Projected Costs of Generating Electricity: 2015 Update and on costs and funding of decommissioning. Jaejoo Ha, Head of the NEA Division of Nuclear Development, was also a featured speaker in the High‑level Panel on 11 September. 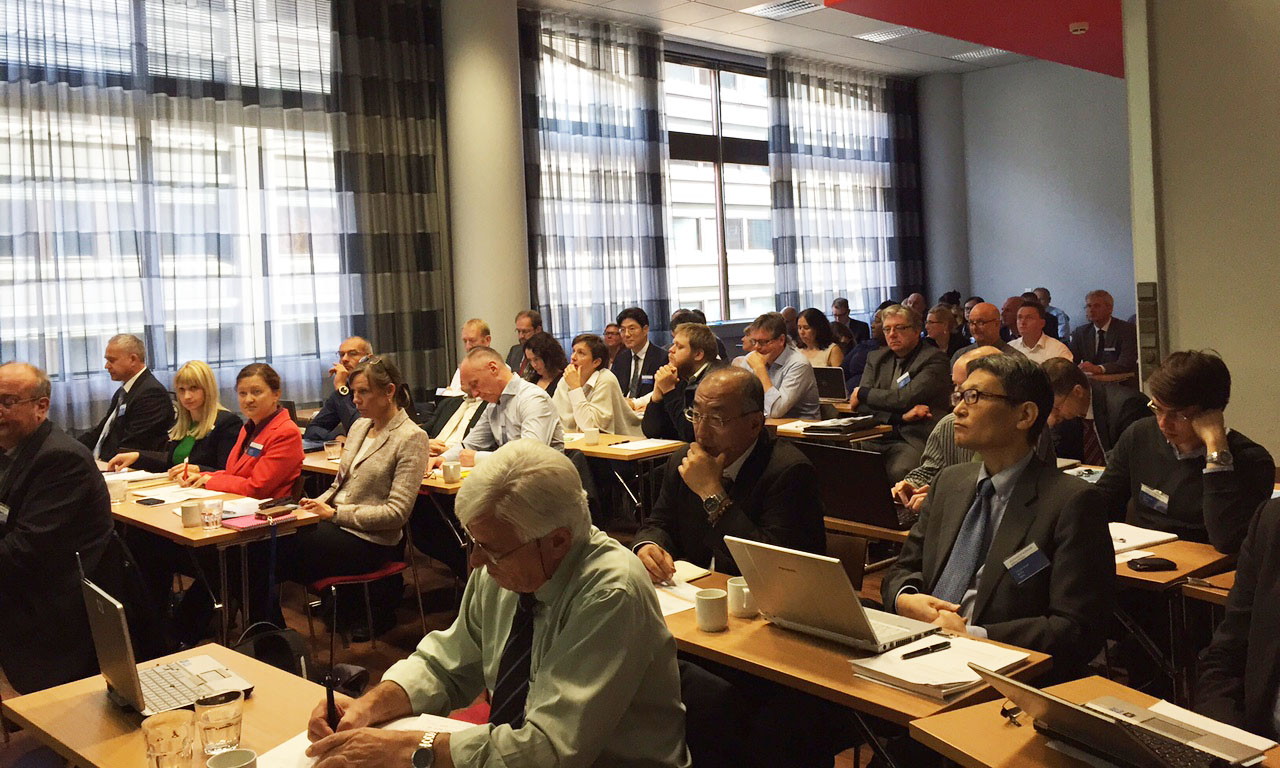 On 8‑9 September 2015, the NEA Regulators' Forum held an international workshop on Challenges to the Regulators in Siting and Licensing the Construction and Operation of Radioactive Waste Repositories. The workshop was hosted by the Finnish Ministry of Employment and the Economy (MEE) and the Radiation and Nuclear Safety Authority (STUK) in Helsinki, Finland. It provided a forum to discuss and to exchange experience and approaches in preparing for license application reviews. It also delivered an overview of the current status of waste management programmes in developing geological repositories in eleven NEA member countries. Participants highlighted the necessity to establish an early regulator-implementer dialogue, an independent regulator, a regulatory framework which includes requirements and guidelines, stakeholder engagement, and international benchmarking and co‑operation.

On 15‑16 September 2015, the NEA Expert Group on Waste Inventorying and Reporting Methodology (EGIRM) held a meeting with experts from France, Germany, Italy, the Russian Federation and the United States. Participants discussed the draft report which compiles the results of the expert group's work, and considered some uncertainties and difficulties discovered during the testing of the methodology. Solutions have been found and the relevant additional explanations will be included in the methodology. In general, the feasibility of the methodology has been proven during the process of testing. The next EGIRM meeting is planned to be held in Rome, Italy, on 2‑3 February 2016.

On 22-23 September 2015, Working Group 1 of the Joint NEA and IAEA Expert Group on Uncertainties, which is comprised of experts from the NEA Decommissioning Cost Estimation Group (DCEG), met in Paris. The main focus of the meeting was to advance the draft report on uncertainties in decommissioning cost estimation, in particular the part on provision for uncertainties in the cost estimate for the defined scope of a project, but excluding provision for risk. The discussions included further elaboration of the main terminology used to describe uncertainties and risks in decommissioning cost estimation, and their graphical illustration, supporting information and analyses that could enhance understanding of and confidence in an estimate. The report is intended to provide guidance for producers of cost estimates, as well as for decision makers, and is expected to be issued by the end of 2016. 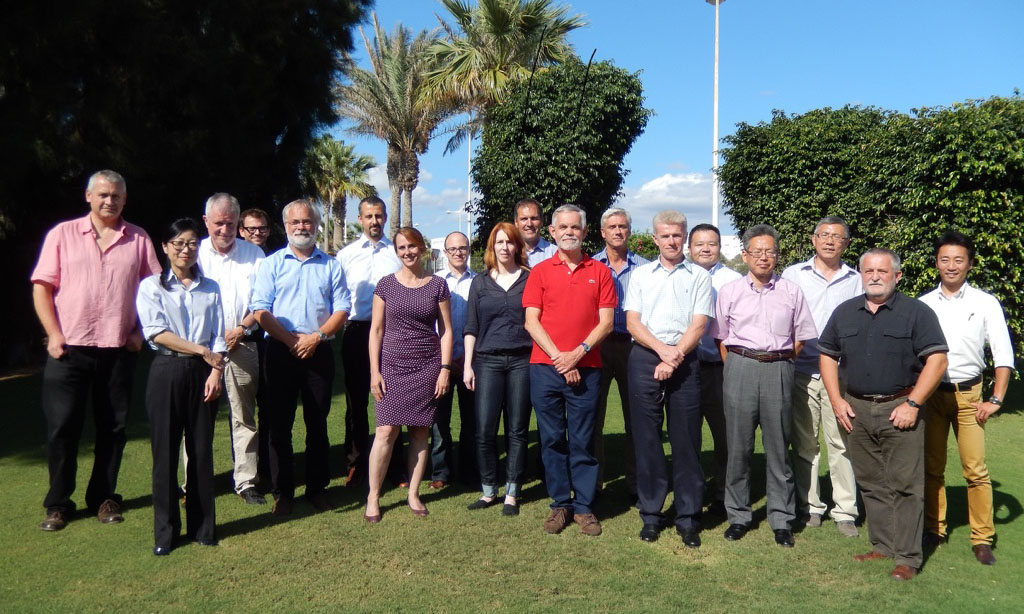 The NEA Clay Club held its 25th anniversary meeting in Almeria, Spain on 24‑25 September 2015. The Clay Club was established in 1990 to examine technical and scientific issues of various argillaceous rocks for hosting deep geological repositories for long‑lived radioactive waste. The Clay Club, in its 25‑year history, has developed significant knowledge in clay performance as a natural barrier, with numerous key publications documenting collaborative research on matters of critical importance to the characterisation of clay‑rich sediments. At this 25th milestone of the Clay Club, the group discussed its next focus on the binding state of pore water in clays and shales. 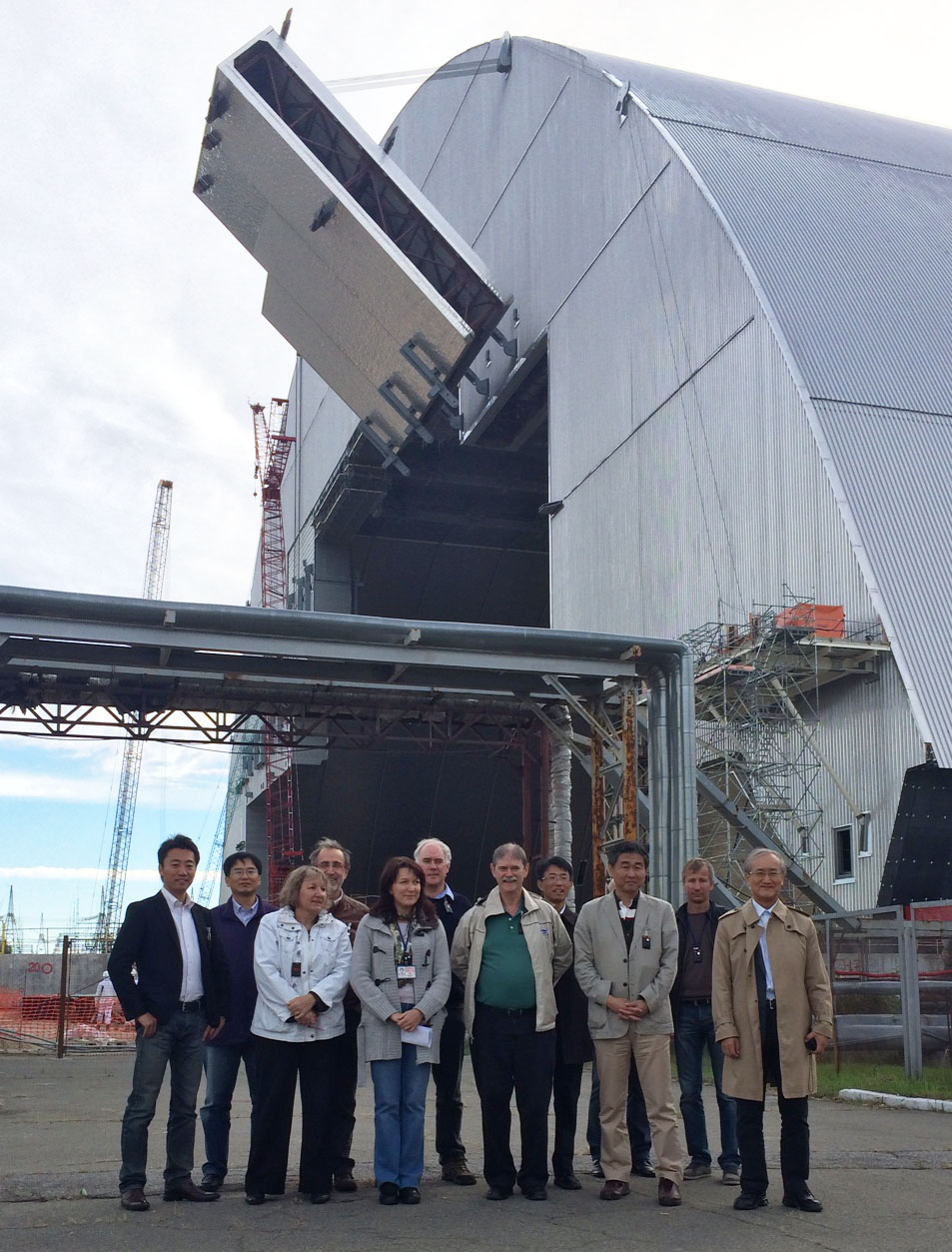 The NEA Expert Group on Fukushima Waste Management and Decommissioning R&D (EGFWMD) held a meeting in Kiev, Ukraine from 29 September to 1 October 2015 with experts from Japan and five countries with experience in waste management after an accident or contamination situation. Participants discussed the overall roadmap of Japan to manage the waste from the Fukushima Daiichi nuclear power plant accident and the specific measures taken. The meeting included a site visit of the Chernobyl waste treatment and management installations. A report comparing the situation in Fukushima with accidents from the past, such as Chernobyl and Three Mile Island, and contamination situations as in Sellafield, will be finalised in the next meeting in January and is planned to be issued in 2016. A final workshop will be organised by the expert group in spring 2016 in Japan.

Since 2011, the International Commission on Radiological Protection (ICRP) has held 12 symposia with stakeholders from areas affected by the Fukushima Daiichi nuclear power plant accident. The symposia have focused on listening to stakeholder concerns, providing relevant scientific information, bringing practical experience from stakeholders affected by the Chernobyl accident and supporting stakeholder decisions. The NEA was a co‑sponsor of these symposia and actively participated in all 12 in order to learn lessons that can be used in recovery planning by other NEA member countries, and provided conference‑closing summaries of internationally relevant experience. The 12th and last symposium took place in September 2015 and a summary meeting to review the entirety of the meetings will take place in December 2015, when the NEA will present a report on the lessons of value to member countries learnt during the 12 symposia. 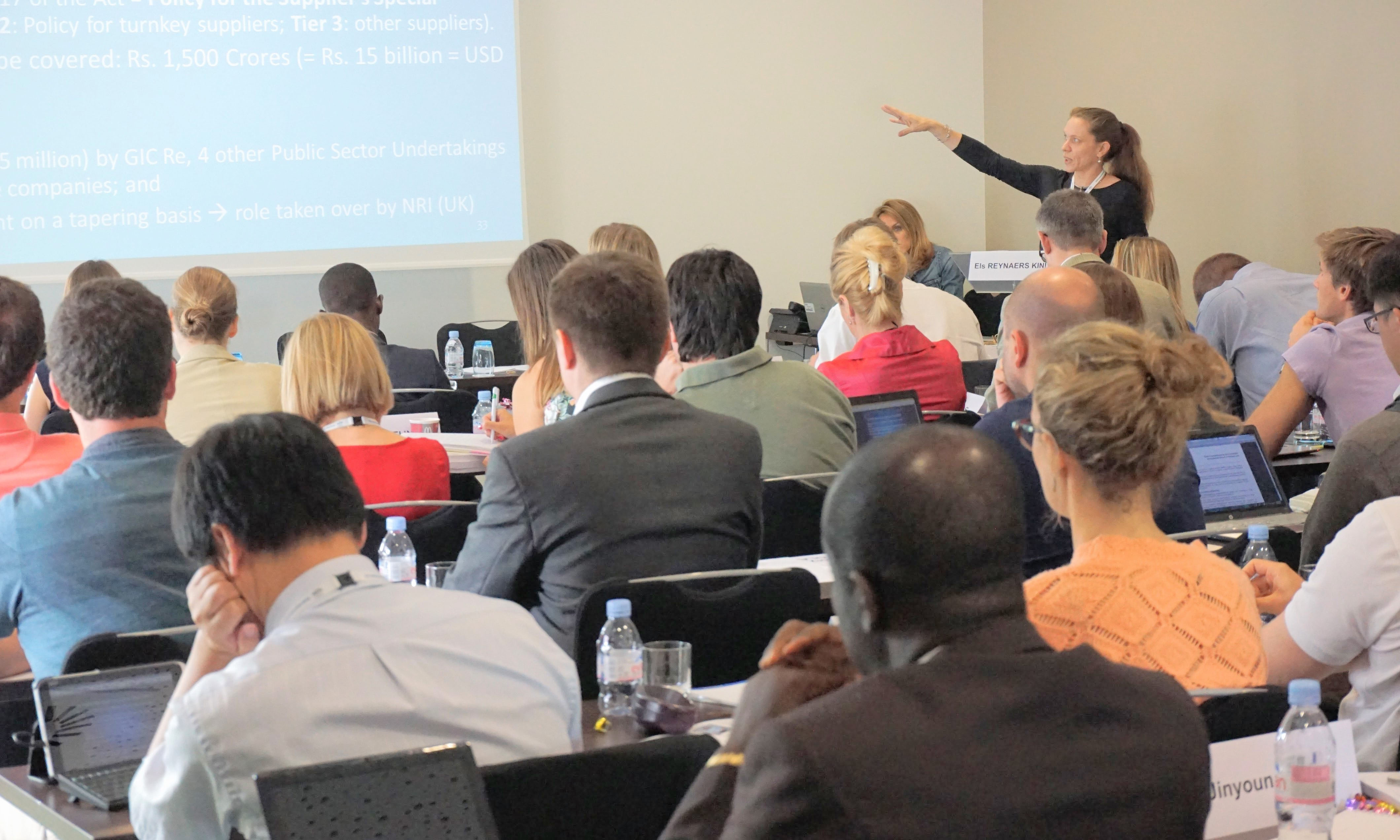 The NEA International School of Nuclear Law: 15 years of excellence

The 15th session of the International School of Nuclear Law (ISNL) was held from 24 August to 4 September 2015 in Montpellier, France, and was attended by 57 participants from 30 NEA member and non-member countries. This year's session brought together an exceptional group of graduate students and professionals from across the globe to learn more about the legal framework and major issues affecting the peaceful uses of nuclear energy, focusing on areas such as nuclear safety, environmental law, security, safeguards and liability. Organised by the NEA and the University of Montpellier with support from the International Atomic Energy Agency (IAEA), the ISNL has since 2001 attracted over 750 participants worldwide from an increasingly diverse range of countries, many of whom are now key experts in the nuclear law field. 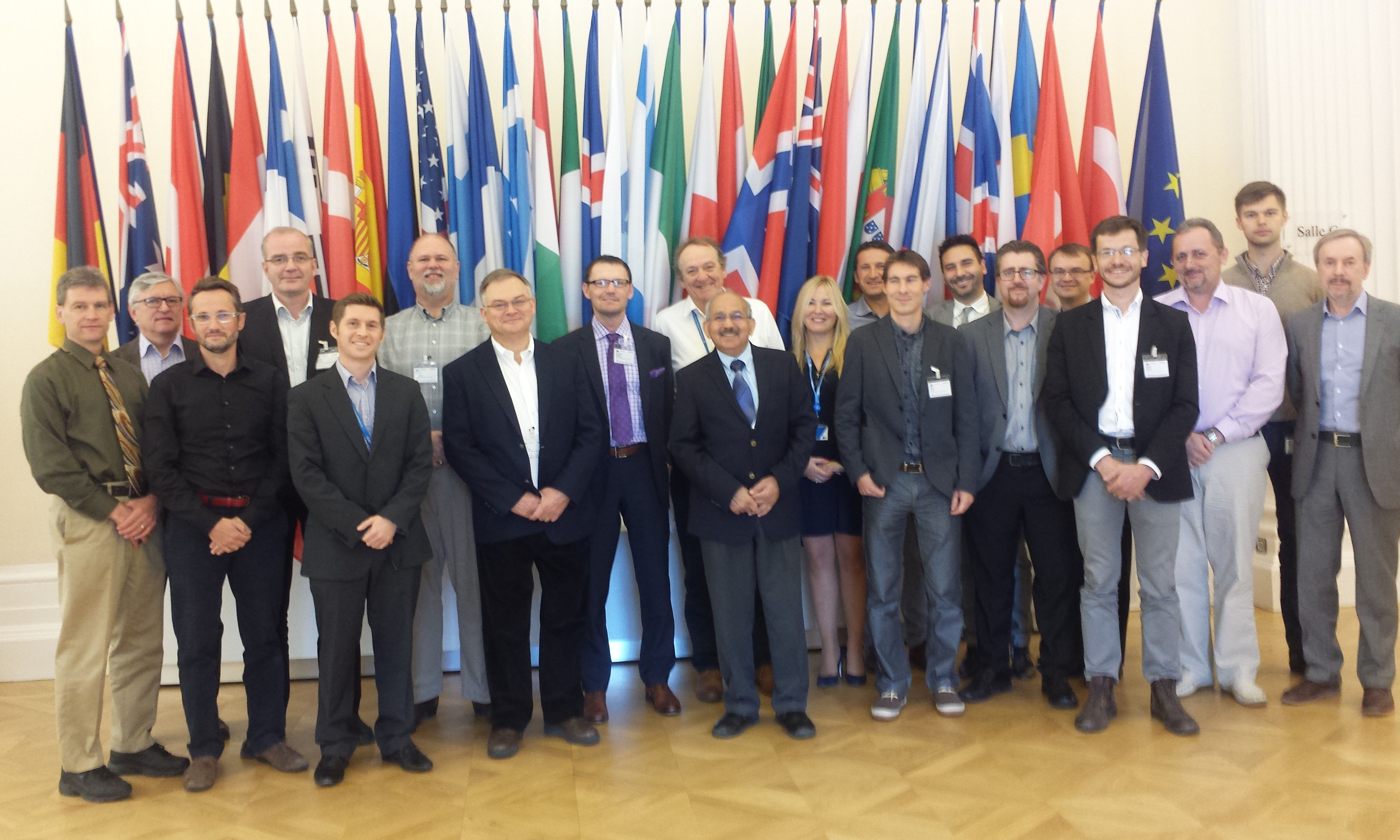 On 28‑30 September 2015, the NEA Expert Group on Multi‑Physics Experimental Data, Benchmarking and Validation (EGMPEBV) held its third meeting. Participants focused on reviewing the progress of the group's two task forces on experimental data qualification and benchmark evaluation, and on validation guidelines and experimental needs. The discussions highlighted the significant progress made on many sub‑tasks which will soon culminate in the publication of task force reports which will define the scope of multi‑physics applications and evaluate the current status and expected needs for validation of multi‑physics tools. Furthermore, participating experts also discussed proposals on a potential third task force, aimed at demonstrating the use of validation experiments for particular applications. In this regard, measured data from Russian power plant start‑up experiments were offered as the basis of a comparative modelling exercise, using both traditional and novel multi‑physics simulation tools.